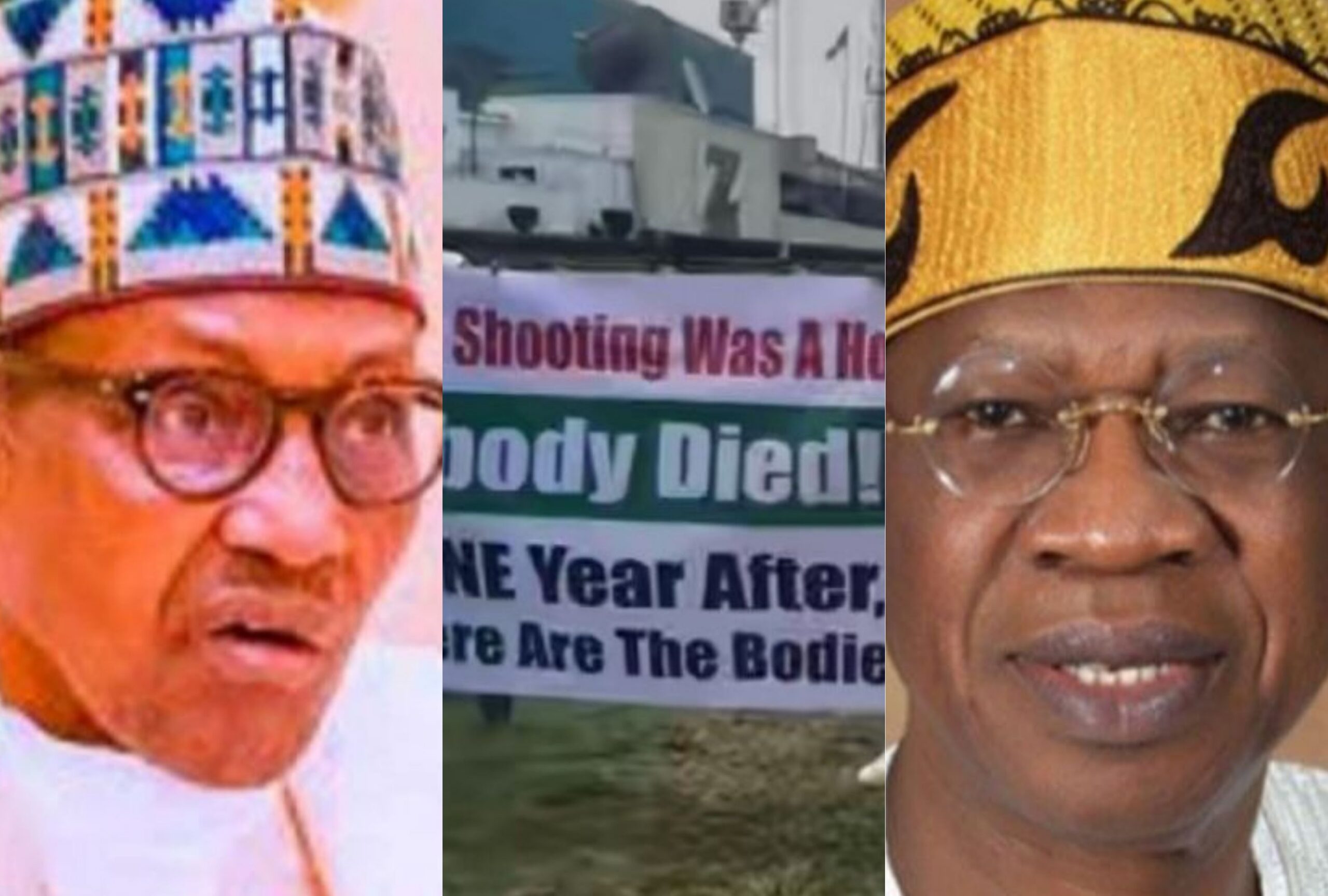 Nigerians on social media occupied the online space Wednesday, with the #EndSARSMemorial hashtag in solidarity with the hundreds who came out en masse to commemorate the one year anniversary of the October 2020 #EndSARS protest.

Protesters had defied warnings by the Nigeria Police, prohibiting all forms of demonstrations in that regard, to stage the protest.

In Lagos, the agitators led a car procession to the Lekki Toll Plaza in honour of those who were allegedly killed in the unfortunate shooting incident during the heat of the protests last year.

Celebrities like Folarin Falana a.k.a Falz and Debo Adedayo a.ka Mr Macaroni, joined in the convoy of buses and cars that drove round the toll gate in the morning.

The procession was unfortunately followed by arrests of some protesters and journalists; an act reminiscent of the widespread police brutality that triggered the protests in the first place.

Find some reactions from Nigerians below:

Meanwhile, in Abuja, Pro-Buhari protesters reportedly staged a counter-protest at the Unity Fountain against the #EndSARSMemorial protesters.

Ripples Nigeria gathered that these crop of protesters arrived the venue conveyed in buses.

In videos which surfaced online, the protesters admitted to being mobilized and promised a certain sum to counter the ongoing demonstrations at the same venue.

While the #EndSARSMemorial demonstrations were ongoing across states in the country, the Minister of Information, Alhaji Lai Mohammed, in a press conference held in Abuja, described claims of a massacre at the Lekki Toll Gate last year as “Phantom”.

He faulted claims by Amnesty International that no fewer than 12 protesters were killed in Lagos State by security operatives during the EndSARS protest.

Mohammed also called out the Cable News Network (CNN) and DJ Switch among others, asking them to “apologize for misleading the world that there was a massacre at the Lekki Toll Gate and for portraying the Nigerian military, police and other security agencies in a bad light”.

Nigerians have since taken a swipe at the minister with the following reactions:

Amidst the national chaos, President Buhari was said to have recieved the President of Turkey, Recep Tayyip Erdogan at the Presidential Villa in Abuja on Wednesday.

In the course of the two-day visit, the two leaders are expected to hold bilateral talks and commission some Turkish sponsored projects in Abuja.

These projects include the Turkish Cultural Centre in Abuja and a Government Secondary School in Wuse 11 renovated by a Turkish aid organization, the Turkish Cooperation and Coordinating Agency, TIKA.

Many have associated the President’s demeanour with nonchalance and are reacting thus: