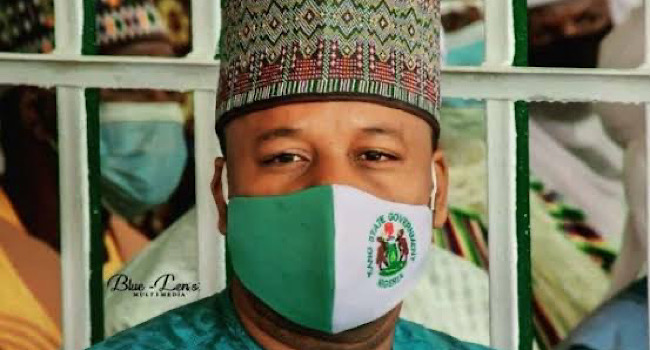 Nigerians have called out the arrest and immediate sack of an aide to Governor Abdullahi Ganduje, Salihu Tanko-Yakasai also called Dawisu, barely a day after he criticized President Muhammadu Buhari over his handling of the country’s security situation.

Dawisu, a Special Adviser on Media to Ganduje, was reportedly arrested by the Kano State Security Service (SSS) following his viral tweets condemning the recent abduction of about 317 schoolgirls from a government college in Zamfara State.

Dawisu was also immediately relieved of his appointment by the Kano state governor for making unguarded social media comments, according to a statement issued by Malam Muhammad Garba, the state’s Commissioner for Information on Saturday.

Garba noted that Mr. Salihu’s offense was failing to differentiate between personal and official positions on matters of public concern and therefore could not be allowed to continue to serve in a government he never believed in.

Recall that Salihu was once suspended in 2020 for a similar offence but was reinstated after interventions by some highly-placed Nigerians.

The #FreeDawisu hashtag rose to the top of Twitter’s trends list on Saturday as reactions poured in by some aggrieved Nigerians:

Ganduje has now sacked his media aide @dawisu for speaking up against the blatant uselessness of APC in handling insecurity and banditry.

This is absolutely distasteful.

Nigerian leaders prefer sycophants and shoe shiners rather than true aides who speak truth to their madness.

He tweeted this & he was arrested this morning & just now, he has been sacked as an aide to Gov. Ganduje.

For SSS to have picked up Dawisu, it means Ganduje must have given him up.

They've had enough of the guy.

Dawisu was relieved of his position by Ganduje & arrested by the DSS simply for speaking against bad governance. I could remember when he vilified HR Sanusi II for speaking too much, Today, he's also a victim of failed govt… But the Truth will always remain a Truth #FreeDawisu

Dawisu stood by Ganduje when no one was there for him, not even his God father's or some political cabals, Dawisu ignored the insult over him and his family just to wash off the black paint on his Boss face and now he's in detention and sacked by his Boss fr d Truth.#FreeDawisu

Dawisu did almost what Sanusi Lamido did.
I’m not surprised Ganduje sacked him, just like the reasons he stated in his interview with TVC why he removed Lamido as emir – don’t speak ill of the administration outside.

APC – Party for the muted.

Had Ganduje not taken the expected action of sacking @dawisu, his BABARIGA DOLLAR case would have been visited.

Na that "small boy" for drag am for EFCC.

That Ganduje can sack Dawasiu despite his missing tells a lot about how cannibalistic and dirty Nigeria politics is. Too bad.

EFCC raises the alarm over fake Bawa accounts on Twitter