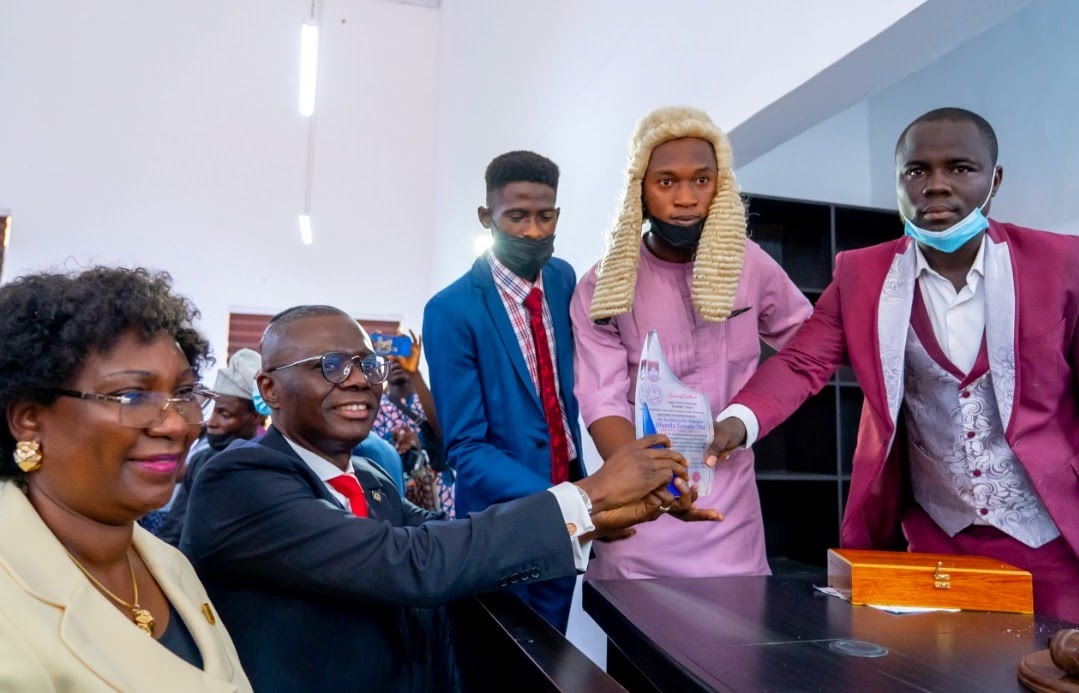 Nigerians on social media have expressed their disappointment following the news of Lagos State University (LASU) students accepting to participate in the ‘Walk of Peace’ proposed by the Lagos State Governor, Babajide Sanwo-Olu.

The President of the Student Union Government of the institution, Comrade Oladipupo Uthman Badmus, announced this on Thursday, when the governor visited the school.

According to reports, Sanwo-Olu garnered support from the SUG President, Speaker of the Students Union Representatives, Rt. Hon. Mustapha Adejuwon, and hundreds of students during the inauguration of the new Students’ Arcade.

Recall that Governor Sanwo-Olu had on Tuesday invited Nigerian entertainers including Seun Kuti, Folarin Falana popularly known as Falz, Debo Adedayo, popularly known as Mr Macaroni and others, to join in a peace walk with the aim of healing the land, following the chaotic events of October 2020.

Following the call, some celebrities like Falz, Mr Macaroni, Rinu Oduala and other #EndSARS activists openly declined the invitation, although Segun Awosanya popularly known as Segalink, supported the governor’s decision.

But with LASU students backing the Governor’s proposal, here are some reactions from Nigerians:

Reactions have also trailed the absence of the leader of proscribed Indigenous People of Biafra (IPOB), Nnamdi Kanu from his trial at the Federal High Court, Abuja on Thursday.

Kanu, who is being tried for charges bothering on treasonable felony and terrorism, was absent for the second time since his hearing began in July 2021.

The court had earlier fixed January 19 for hearing but summoned parties in the matter to appear on December 2 to enable the court take some pending applications.

This was as the defence counsel had requested for the abridgment of time for the hearing to hold in December as against January.

But the presiding judge, Justice Binta Nyako informed Kanu’s lawyer that the application for time abridgment cannot be considered because of inadequate judicial time in the diary.

The court then informed the parties that it will move all cases already slated for January 18 to 20 to other dates to enable only Kanu’s case be taken.

The judge also ordered the Department of State Services (DSS) to allow Kanu practice his faith, change his clothes and be given maximum possible comfort in the detention facility.

But some Nigerians have expressed displeasure with the pace of the proceedings and have reacted thus:

By Okiemute Abraham and Ijeoma Ilekanachi