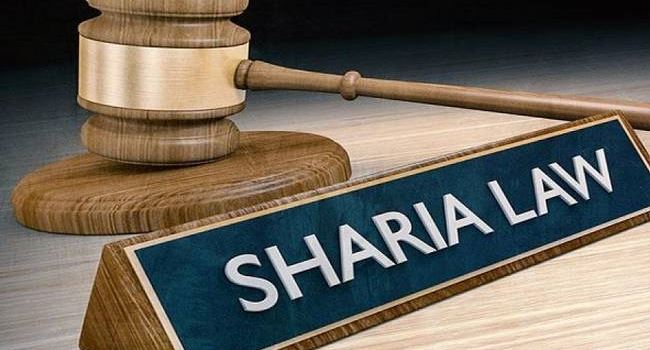 Nigerians on social media have greeted with negativity, the possibility of implementating Sharia law in the South-West geopolitical zone.

The reactions came after an Islamic group, The Muslim Congress (TMC) issued a proposal before the Senate for a possible review of the 1999 Constitution which will provide for the introduction of the Islamic law in the Yoruba-speaking region of the country.

According to the TMC, the law, when implemented will ensure that the interest of the Muslim population in the region is protected.

The Sharia law, functional mostly in Northern States, would have a rough landing in the South-West where the demographics of Christians and Muslims are almost even, Nigerians say.

Even those proposing Sharia court in the South knew they are clowns. Bring it up fast so we can speed up the BREAK-UP of Nigeria. Awon werey trying to smuggle-in penal code with the existing criminal code.

You like Sharia yet you go to the UK and US for liberal education. Why not go to Saudi Arabia? How many Sharia Politicians have their kids studying in Saudi Arabia? pic.twitter.com/0uYwWZ7ieC

They just watered the ground by proposing sharia law in South West. They want you to start discussing it as most of you are doing right now. As for the Implementation, believe you me, for the fact that they have openly proposed it,they will implement it. Its just a matter of time

Well the SW accepted Islam so they shouldn't shouldn't bothered if they are told to embrace Sharia Laws and also implement them . But they should not bother thinking or looking in the direction of SE or Szs because we no get Muslims there and we did not accept Islam as religion .

We are not even asking the right questions, "who proposed the Sharia Law to be implemented in Southwestern Nigeria? Why federal instead of allowing individual states to make same within their purview if they think it's right?

There is a plan afoot.

The Agenda of this regime is to Islamize this country. There shouldn’t be sharia courts anywhere un this country if theres an existing judiciary system.

Social media users are lashing out at the Senator representing Lagos Central, Oluremi Tinubu for allegedly addressing a woman as a thug during an altercation at the venue of the Zonal public hearing of the Constitutional Review in Lagos State.

According to videos making the rounds on social media, the Senator, while addressing some members of the public protesting their exclusion from the event, called a woman a thug for speaking too loudly.

Those present expressed displeasure at the Senator’s utterance and called for an apology from the lawmaker.

She however refused to apologise saying, “I will not apologise for what I said. I saw it and I said it”.

Remi Tinubu, who is a pastor with the Redeemed Christian Church of God, has had a history of clashes with fellow lawmakers, many of which Nigerians condemned as unbecoming of a Senator.

Recently in April, Tinubu attacked her colleague, Smart Adeyemi during plenary when he decried the worsening insecurity situation in the country, asking if he had now defected from the ruling party to the People’s Democratic Party (PDP).

Remi, wife of All Progressives Congress (APC) chieftain and rumoured 2023 Presidential Aspirant, Bola Ahmed Tinubu, is now being called out for her supposedly demeaning conducts.

"I am not a thug, I am a representative"

Reps member insists as Queen of "Thugs", Sen. Remi Tinubu calls her a thug while she herself exhibits thuggery pic.twitter.com/lAYqtb06vB

Remi Tinubu can never be the First Lady of Nigeria. Imagine calling a fellow woman a thug meanwhile her Husband Garnered power, monopolised businesses in Lagos and ripped transport workers & market women off their money through thuggery. We are waiting for them in 2023! Shame!

I wonder when our future First Lady, Remi Tinubu will be in the news for the right reasons.

I'll say this again,
Remi Tinubu, the matriarch of the Lagos thug will never be a first lady in Nigeria.

With Patience Jonathan,
You have a woman who actually cared.

With Aisha Buhari,
You have a woman who spoke against her own husband’s madness.

With Remi Tinubu
You will have a First Lady who harass and tyrannise anyone who speaks against govt.

May this disaster not hit Nigeria.

"Aspiring to" NOT likely please

If Remi Tinubu can call that woman a thug, then I wonder what she would call an average person on the streets🤔

God bless Mrs. Seyi Oloko for not allowing Mrs. Remi Tinubu calling her thug to die down without replying her and talking back at her. We must tell this opportunist in power that they're not better than the rest of us. Nonsense

Mixed reactions have trailed the announcement of Major General Farouk Yahaya as the new Chief of Army Staff (COAS) by President Muhammadu Buhari.

Yahaya, prior to his appointment was the incumbent Theatre Commander of the Counter-Terrorism/Counter-Insurgency military outfit in the North East, code-named Operation Hadin Kai.

He was General Officer Commanding 1 Division of the Nigerian Army, Kaduna before his deployment to Operation Hadin Kai.

The Zamfara-born Military Chief was appointed seven days after the demise of the former Chief of Army Staff, Lt. General Ibrahim Attahiru, who died in a fatal plane crash.

Nigerians greeted the development with both criticisms and commendations thus:

Again, no Igbo man in the nation's security leadership.

Another opportunity to practice the oneness it preaches, has just been blown by this administration.

Having Major General Farouk Yahaya as the new Chief of Army Staff is not only a wise and smart decision, it will also ensure the safety of the President and hopefully bring an end to the killings in the north. You don’t expect Buhari to name Nnamdi Kanu as his new COAS. pic.twitter.com/jExlxBi8eC

I too like Buhari. He doesn't disguise on the fact there there are appointments he'd never give a southern Christian or even a Northern Christian.

New Chief of Army staff is Major General Farouk Yahaya.
Apparently nobody from the South has qualified for the COAS position in the past 6years.
Tomorrow APC will pretend like they don’t know how they divided Nigeria and put us on a war path.

Buhari has appointed Major General Farouk yahaya as the new chief of army staff (COAS), making him the 3rd consecutive northerner he has appointed since 2015

There is a reason why chemistry practicals are mostly done 3X and Buhari just confirmed that.

CDS is from South South.

CAS is from South West.

& You have a problem with Major General Farouk Yahaya, new COAS, being from the "North" and shouting Nepotism? Who's being Nepotistic here?

What colour of stupidity is this???

I will bequeath a better Nigeria for future generations – Buhari