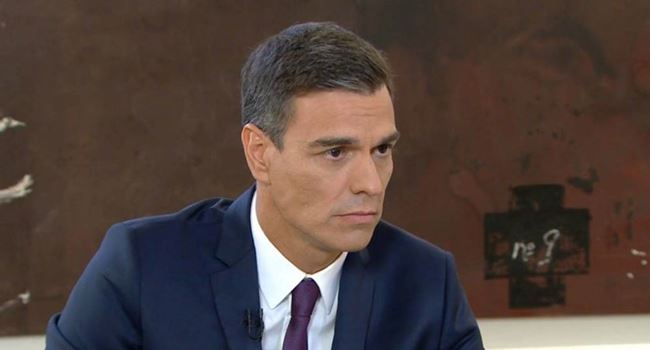 The governing Spanish Socialist Workers’ Party (PSOE) on Sunday won the country’s general election but will need support from other parties to form a government.

According to BBC, with more than 98% of the vote counted PSOE was declared winner by the Spanish government after it claimed 123 seats against the conservative People’s Party, PP, who polled 66 votes.

Also, The Popular Party (PP), which governed Spain until it was dumped from power in May 2018 in a no-confidence vote, won just 66 seats.

Read also: One dead, three wounded after deadly shooting in US Synagogue

“After 11 years a socialist party has won the general election in Spain. And so the future beats the past,” he said as the PSOE gained 38 seats more than in 2016.

“We have sent a message to Europe and to the world, that we can win over authoritarianism.”

It was revealed that results mean PSOE will have to form an allegiance with smaller parties to form a ruling government which could include the Basque Nationalist Party, known as PNV, or the Catalan separatists that forced the elections in the first place after refusing to support Sanchez’s 2019 budget in February.