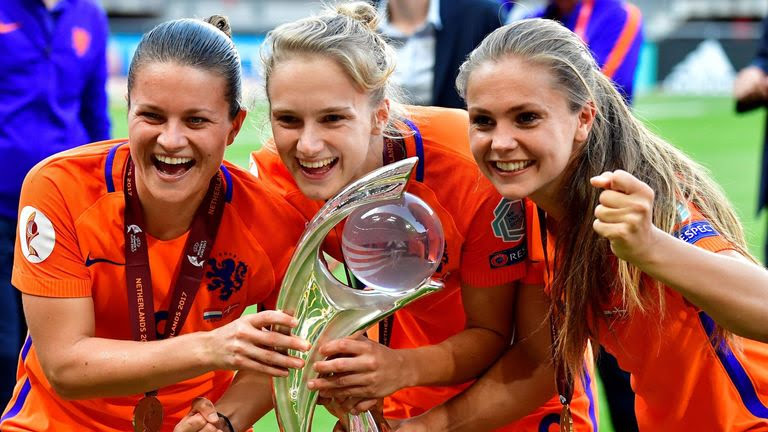 In this edition of SportsBusiness, we take a look at the newly announced prize money for the Women’s European Championship billed for 2022.

We also take a look at the disparity between the new prize money for the women’s game and that of the just-concluded men’s Euros that was reached from 2020.

Ripples Nigeria had given a breakdown of how the prize money of the Euro 2020 was shared, with winners Italy taking home a lump sum of about €34 million for their effort.

The Azzurri emerged champions of the competition following a remarkable victory over the Theee Lions of England in a nerve-racking final at Wembley stadium.

The total prize money for that event was €371 million – a bump up from 2016’s prize pool of €304 million – and was distributed between the 24 teams that participated in the finals.

But the women’s competition scheduled for next year will have in participation, 16 teams across Europe, with England billed to host the tournament across 10 stadiums from 6-31 July next year.

The Netherlands are the reigning champions having beaten Denmark on home soil in the 2017 final.

This week, the European football governing body, UEFA announced it was doubling the prize money available to teams for the women’s Championship.

Before now, the prize money was €8 million which was distributed at Euro 2017 in the Netherlands, but has now been doubled to stand at €16 million.

UEFA is said to have made the change as part of its women’s football strategy, Time For Action, intended to ensure more money is distributed across the women’s game.

The executive committee of the football house approved the increase in prize money for the women’s event on Wednesday, along with a new distribution model, to include performance-based bonuses for the group stage.

The governing body, according to a report on the BBC, also approved a plan that will make €4.5 million available to European clubs as reward for releasing their players for the tournament.

Recall that the tournament was originally scheduled for this year, but was pushed back, in part to make way for the rescheduled men’s European Championship and Tokyo Olympics, both themselves delayed from 2020 because of the coronavirus pandemic.

Meanwhile, the tournament is set to be the biggest women’s European event ever, with English football association already announcing that it plans to sell a record 700,000 tickets.

The final of the tournament is billed to hold at Wembley on 31 July.

D’Tigress one win away from Afrobasket three-peat, to battle Mali for glory