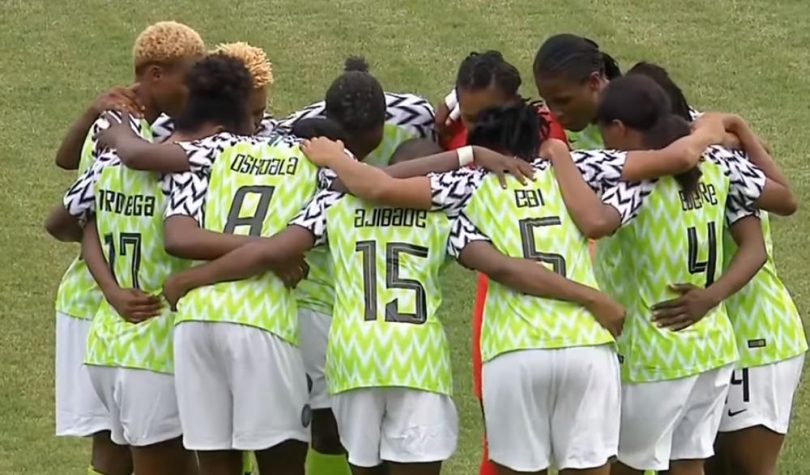 The Super Falcons of Nigeria are steps away from clinching a spot in the Women’s football event of the Tokyo 2020 Olympic Games.

The team, led by Thomas Dennerby, advanced to the third round of the Olympics qualifiers after beating Algeria in two legs.

Super Falcons defeated the Algerians 1-0 at the Agege Stadium, Lagos on Tuesday, having already beat them 2-0 in the first leg away.

On Tuesday, it was captain of the team, Asisat Oshoala, who scored the decisive goal a minute before the hour mark.

Althought the Super Falcons were at the top of their game throughout the first half, they failed to create any clear cut chances.

After the goal, the Algerians mounted pressure on the Super Falcons late in the game but were unable to get an equaliser.

The Falcons will face Cote d’l voire in the next round of the qualifiers.