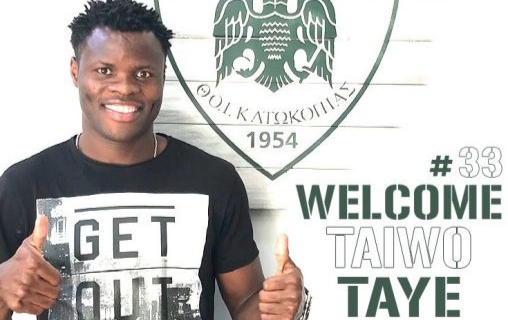 Former Super Eagles defender Taye Taiwo has moved to Cyprus to continue to ply his trade at a topflight club, Doxa Katokopias FC.

The 35-year-old penned a one- year deal with the club.

“The Association Doxa Katokopias announces the start of cooperation with the Nigerian football player Taye Taiwo,” reads a club statement.

“He chose to fight with the number 33.

”We welcome Taye Taiwo to the Doxa family and wish him every success.”

Taiwo began his senior football career at Nigeria Premier League side, Lobi Stars, where he spent one season before moving to French side Marseille in 2005.

He has since also played for AC Milan and seven other clubs, including Dynamo Kyiv, HJK Helsinki and Bursaspor.

The veteran defender last played in Finland for RoPS.

For Nigeria, he served between 2004 and 2012, making 54 appearances un the national team and scoring eight goals.