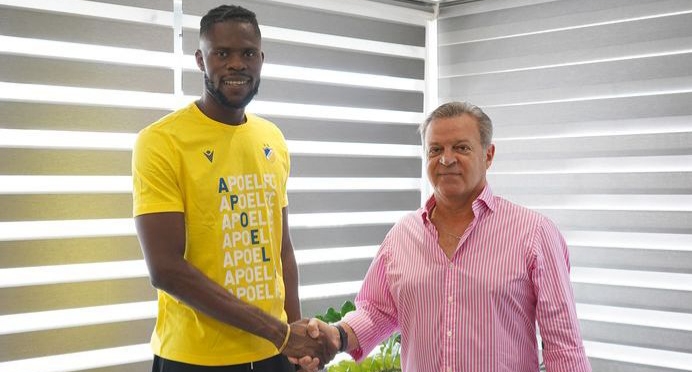 Super Eagles goalkeeper, Francis Uzoho has made a permanent move to Cyprus where he linked up with APOEL on a three-year contract.

“We welcome Francis to APOEL and wish him to celebrate titles and European success with the blue and yellow jersey,” reads a statement on the club’s official website.

Uzoho had been on loan at other Cypriot top flight clubs, Anorthosis Famagusta and Omonia Nicosia, at different times from Deportivo.

Uzoho joined Deportivo La Coruna from Aspire Academy in 2017, and made just two league appearances for the first team, before spending the 2018/2019 campaign on loan at Elche.

He was on loan at Omonia before an injury he suffered during Nigeria’s 1-1 draw against Brazil in October kept him away from the sport since October 2019.

Uzoho is back and ready to compete.