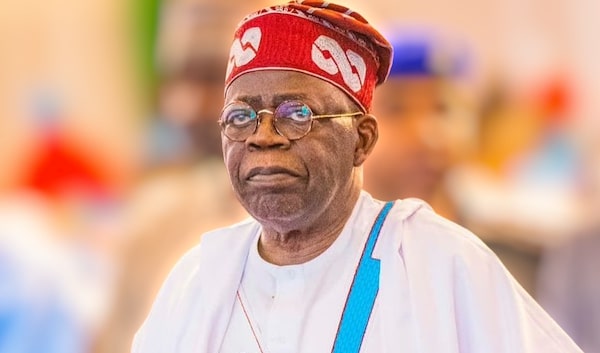 The All Progressives Congress (APC) presidential candidate, Bola Ahmed Tinubu, on Saturday described as evil-intentioned reports of a meeting with the five aggrieved governors of the Peoples Democratic Party (PDP) in the United Kingdom.

The quintet had stayed away from the PDP presidential campaigns since September to press home their demand for the resignation of the party’s national chairman, Iyorchia Ayu.

They had also promised to announce their adopted presidential candidate next month.

But Wike on Friday denied the reports on the agreement between governors and Tinubu or any other presidential candidate ahead of the February 25 election.

The governor, who spoke at the flag-off of the construction of the Eneka-Igbo Etche road in River State, also accused the PDP presidential candidate, Atiku Abubakar, of holding secret meetings with APC governors in Dubai, the United Arab Emirates.

However, in a statement issued by his media aide, Tunde Rahman, the former Lagos State governor said the reports are not only in bad faith but evil intentioned.

The reports, according to him, were published to advance the political interests of the writers and their sponsors.

Tinubu, who said he arrived in London on December 26 and spent a few days in the city before proceeding to Mecca for Umrah, promised to return to Nigeria within the next two days to continue with the election campaign.

The statement read: “While in the United Kingdom, the Presidential Standard Bearer of the All Progressives Congress, HE Asiwaju Bola Ahmed Tinubu noted some articles in some national newspapers in Nigeria, alleging a secret meeting was held in London between him and the G-5 governors who are members of Peoples Democratic Party (PDP).

“Asiwaju Tinubu is neither bothered by these articles nor by their sponsors who are well known. He is resolutely focused on his campaign objectives which are geared towards achieving victory in the upcoming presidential election in order to deliver the APC’s Action Plan aimed at giving Renewed Hope to our people in all facets of their lives.

“But we must point out that the APC candidate is entitled to meeting any political actor or stakeholder that is important to his campaign and plans for the country and that desires to engage with him.

“As usual with him when the year is coming to an end to take time off his busy schedules, take a little rest and proceed to Saudi Arabia to observe Umrah(Lesser Hajj), HE Asiwaju Bola Ahmed Tinubu was in London during the week en route Mecca, Saudi Arabia.

“These reports, to say the least, are not only in bad faith but also evil intentioned. They were published to advance the political interests of the writers and their sponsors.”

‘God will never give power to people who will sell off Nigeria,’ Wike replies Okowa, Tambuwal