This is not the Buhari I know ---Bakare | Ripples Nigeria 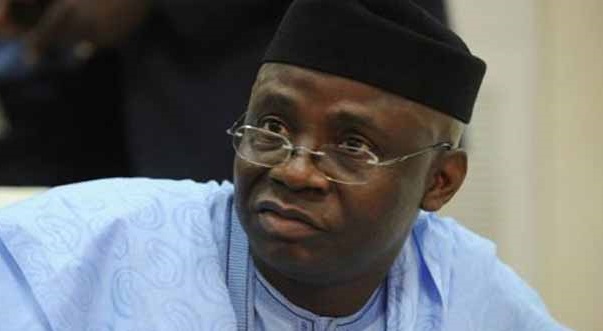 The senior pastor of Citadel Global Community Church in Lagos, Tunde Bakare, on Sunday, April 4, stated that the state of Nigeria does not reflect President Muhammadu Buhari that he knows.

Bakare made this disclosure via a State of the Nation address to commemorate the 2021 Easter celebrations.

According to the cleric, he is forced to speak out owing to what he described as Buhari’s legacy being confined to the unsavoury side of history.

“I am compelled to speak out because the state of the nation does not represent the Buhari I knew when we took that solemn journey towards rebuilding Nigeria,” he stated.

Furthermore, Bakare bemoaned the various security challenges ranging from terrorism to banditry, kidnapping to militancy, cultism to human trafficking among several others.

READ ALSO: “Oby Ezekwesili turned down a request to be Buhari’s running mate in 2011 –Tunde Bakare

Pastor Bakare recalled that when President Buhari took office in 2015, he promised to tackle corruption, tackle insecurity and fix the nation’s economy.

“Fellow Nigerians, you may recall that as PMB took the oath of office during his first term in office, he summed up his election campaign promises in 3 pivotal agendas, namely: Security, Anti-Corruption & Eco Diversification with a focus on job creation.

“However, the 1st term saw the Buhari admin grapple with the collapse in oil prices and Nigeria’s 1st recession in about 25 yrs. Despite the false starts, the admin succeeded in bringing Nigeria out of recession and made some gains in security, job creation and anti-corruption.

“On security, the administration of President Buhari continued the military assault on Boko Haram that had commenced at the end of the term of his predecessor.

“We recall the PMB’s 1st bold move when he ordered the relocation of the Command Control Centre from Abuja to Borno. By December 2015, the government declared Boko Haram “technically defeated” and unable to mount conventional attacks against hard or soft targets.

“On anti-corruption: PMB took commendable steps in the fight against corruption at the beginning of his admin, including the attempt to plug the loopholes in the system through the Treasury Single Account (TSA) intervention.

Related Topics:#featuredAPCBuhariNigeriaTunde Bakare
Up Next