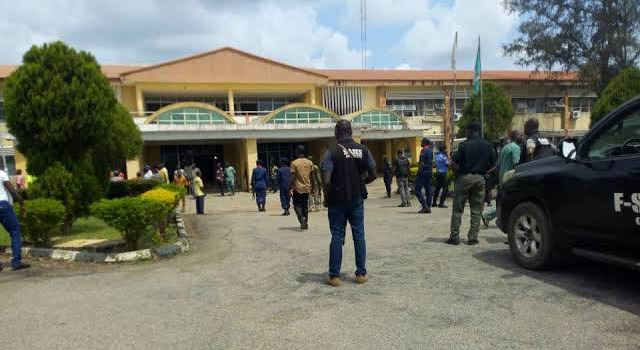 Persons suspected to be political thugs, on Monday, reportedly laid siege on the Ondo State House of Assembly, Akure, leading to panic in the area.

According to reports, the thugs, numbering over 100, were sighted at the main gate of the Assembly complex, while several of their vehicles were parked along the road.

Unconfirmed reports have it that the presence of the thugs may have been in connection with the crisis within the members of the house, as some of the lawmakers are said to be targets.

However, the men of the state police command were said to have prevented the hoodlums from entering into the complex, as barricades were mounted at the entrance of the complex and whoever was going into the Assembly complex was thoroughly scrutinized.