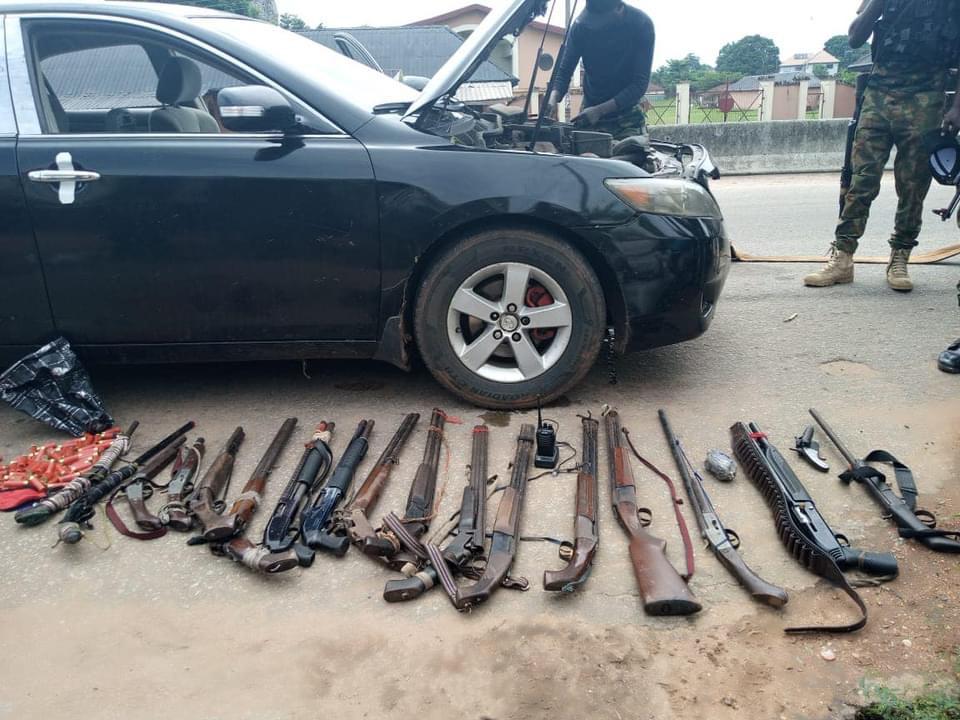 The Nigerian Army on Thursday raided the hideouts of the Indigenous People of Biafra (IPOB) and its armed wing, Eastern Security Network (ESN), in Orlu Local Government Area of Imo State.

The group has been blamed for the killings, abductions, and destruction of public facilities, including police stations in the South-East.

IPOB was also fingered in the gruesome murder of a military couple in Imo State a few weeks ago.

The Director of Army Public Relations, Brig.-Gen. Onyema Nwachukwu, who disclosed this in a statement in Abuja, said the troops of the 34 Brigade carried out the clearance operation on the group’s hideouts along the Amaifeke – Akkatta road in the state.

Nwachukwu said: “Troops uncovered the weapons concealed in a black Toyota Camry, after they successfully surmounted ambushes staged by members of the outlawed dissident group, who, having been overpowered by the gallant troops, abandoned their vehicle and weapons in the heat of the combat and fled the scene.

“The Nigerian Army commends members of the public for their continued support to the military and security agencies, as they protect the citizens from attrocious activities of the outlawed dissident groups, who in defiance of law and good order have annihilated innocent Ndigbo and other Nigerians, in their enforcement of an illegal sit-at-home order, foisted on the good people of the South East. “