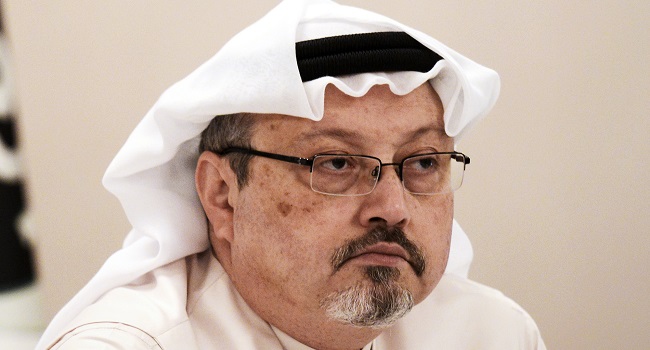 The Turkish government will resume the trial of 20 Saudi officials implicated in the gruesome murder of journalist Jamal Khashoggi, on Tuesday.

Khashoggi, who was a Washington Post columnist and a staunch critic of Saudi Arabia’s ruler, Prince Mohammed bin Salman, was last seen entering the Saudi consulate in Istanbul on October 2, 2018, where he had gone to obtain documents for his wedding to his fiancee, Hatice Cengiz.

Khashoggi, who was 59-years-old at the time, was killed at the consulate and his body reportedly dismembered.

The murder of the journalist sparked international outrage with many calling for the prosecution of bin Salman who was seen as the brain behind the killing.

The Saudi prince has continued to deny having a hand in the murder.Turkish President, Recep Tayyip Erdogan, has consistently insisted that the order to murder Khashoggi came from “the highest levels” of the Saudi government.

In 2019, a United Nations investigation found that high-level Saudi officials had carefully planned and endorsed the murder.

Another 18 Saudi nationals were charged with premeditated murder with prosecutors seeking life sentences for all of the accused.

The defendants all left Turkey and Saudi Arabia has refused to extradite them while a “Red Notice” detention requests via Interpol have been issued for the 20 men.

The indictment included evidence from phone records and CCTV footage of the suspects and named 54 witnesses, including 26 Turkish members of staff of the consulate and the consul’s residence.