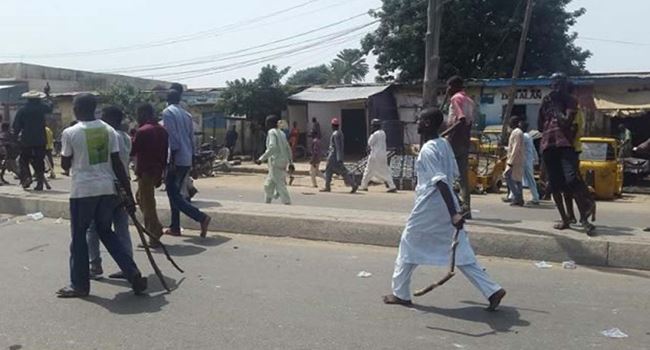 Armed bandits struck on Tuesday at Dan-Ali village in the Danmusa Local Government Area of Katsina State, abducting two residents of the village.

The bandits, who attacked the village early I’m the morning, also carted away valuables.

Dan-Alli, who gave the names of those abducted as Alhaji Musa and Alhaji Gambo, added that the bandits voluntarily released a lady, Hajiya Fatima, who would have been the third victim.

Dan-Alli said via WhatsApp message: “Please sympathise with us as kidnappers/ bandits have ransacked our community.

“The bandits in their dozens arrived at the village around 1.25am this Tuesday 28/5/2019, kidnapped three persons (our relatives) and carted away money and valuables.

“Reports say the bandits fired gunshots and made their way into the houses of Alh. Musa and Alh. Gambo, where they kidnapped three persons. As of now, security operatives had yet to arrive in the village.”

The Katsina Police Command spokesman, Gambo Isah, however said he is yet to be briefed about the attack.