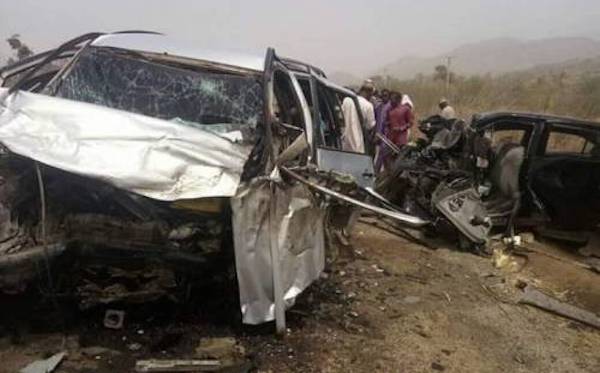 Two other persons sustained injury in the accident that involved a Lexus ES350 car with registration number KSF 403 GD.

Confirming the incident, Sector Commander, Federal Road Safety Corps (FRSC), Andrew Kumapayi said the body of the deceased had been deposited at the mortuary while urging motorists to desist from speeding.

He said: “An Unidentified driver of a Lexus ES350 car with registration number KSF 403 GD was involved in the fatal crash.

“Two persons, 1 male and I female adult sustained varying degrees of injuries and were taken to Apex hospital Igboukwu, while 2 persons (1 male adult the driver and 1 female adult) were confirmed dead by the doctor on duty.

“Their body deposited at Apex Mortuary by a good Samaritan before the arrival of FRSC rescue team from Igboukwu Command.”

Related Topics:AnambraAnambra lone crash
Up Next

Ghanaian woman dies in accident while chasing after ‘cheating’ husband

BUHARI: A Nigerian Or Nigerien?