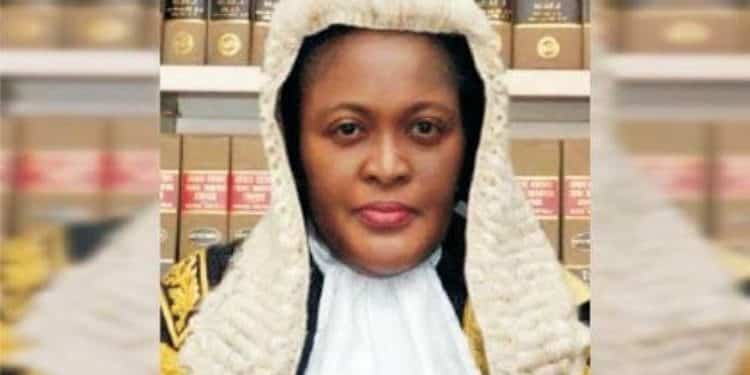 Chairman of the Nigerian Bar Association Section on Public Interest and Development Law (NBA-SPIDEL), Mr Monday Ubani has lauded the Federal Government for the arrest of suspects who invaded the home of Justice, Mary Odili.

Ubani, who gave the commendation in an interview with the News Agency of Nigeria (NAN) on Saturday, said the development depicted the government’s commitment to addressing issues of this nature.

He however urged that the identity of the suspects be revealed in no time.

Ripples Nigeria reported that the Abuja home of the Supreme Court Justice was on October 29, invaded by some unknown security operatives, on the purported order of a Magistrate Court.

The invasion was widely criticized by the NBA and other public interest groups, as they called for a thorough investigation into the matter.

Following developments on the matter, on November 11, the Nigeria Police announced that it had arrested a group of 14 persons, including a journalist, who allegedly posed as security personnel to raid Odili’s home.

Reacting to the development, Ubani said, “It is a good development if we now have people that have been arrested; it simply means that the government is taking this seriously and it is also important that these people are made known in good time.

“Let me also seize this opportunity to debunk any idea that anyone has been found guilty or convicted.

“I was only appointed as a special investigator to get the side of the story for the use of the NBA, as the Bar, being the largest professional pressure group, is a major stakeholder in Nigerian Justice administration.

“Therefore, it is important for the NBA to get their facts on this issue.”

According to Ubani, it is important for the government to thoroughly deal with such weird occurrences now, in order not to raise their “ugly” faces in the future.

“It is worrisome for the home of the second-highest officer in the Judiciary to be invaded and then the invaders are discovered to be fake officials; it calls for concern and quick action.

“We, therefore, urge the Federal government to set up an independent panel of enquiry either judicial or otherwise, to ascertain what transpired.

“I think this is the minimum the NBA demands,” he added.