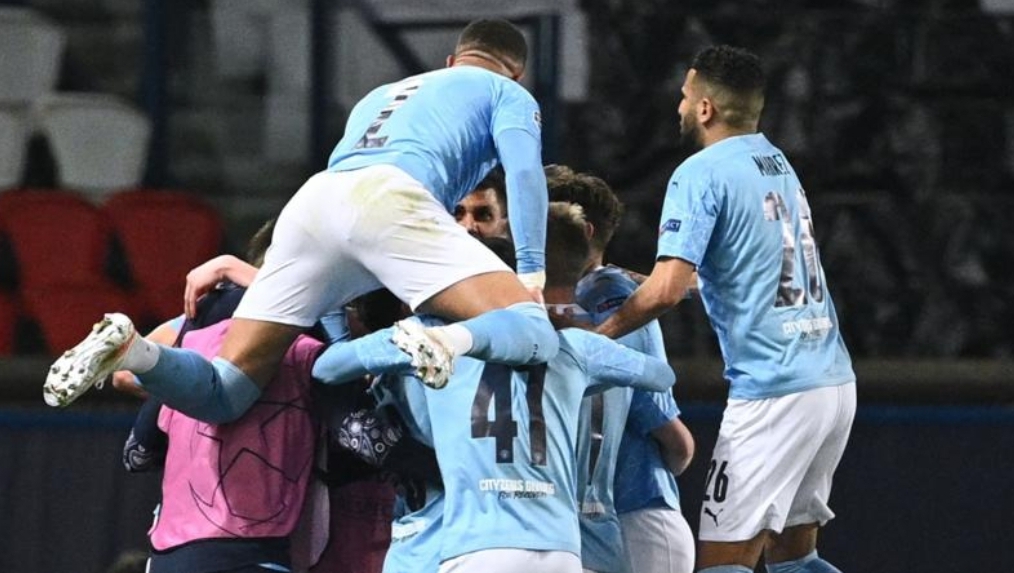 Manchester City are in control of their Champions League semifinal tie against Paris Saint-Germain after securing a 2-1 first leg win in Paris.

The English Premier League side put up a fine second-half performance to pull off a stunning comeback having trailed in the first half.

A Marquinhos header, which came from from Angel di Maria’s corner, put the hosts ahead in the 15th minute as they dominated early.

But the last year’s finalists would later have Neymar fade and Kylian Mbappe subdued as City dominated in the second half, securing two crucial goals.

City began the comeback in the 64th minute when Kevin de Bruyne’s cross evaded everyone in the penalty area and drifted beyond PSG keeper Kaylor Navas into the net.

The equaliser was a big motivation as the visitors continued to press for a winner, and Riyad Mahrez came through.

The Algerian forward, who had scored against in a similar manner against the Super Eagles at the 2019 AFCON, fired his left-foot free-kick through the wall to beat the keeper on 71 minutes.

And to complete PSG’s misery, the Mauricio Pochettino side ended the game with 10 men as Idrissa Gueye was shown a red card 13 minutes before time for a dreadful challenge on Ilkay Gundogan.

The victory puts City in a great position to reach their first Champions League final. If they succeed, they will face either Chelsea or Real Madrid in the May 29 finalnin Istanbul.