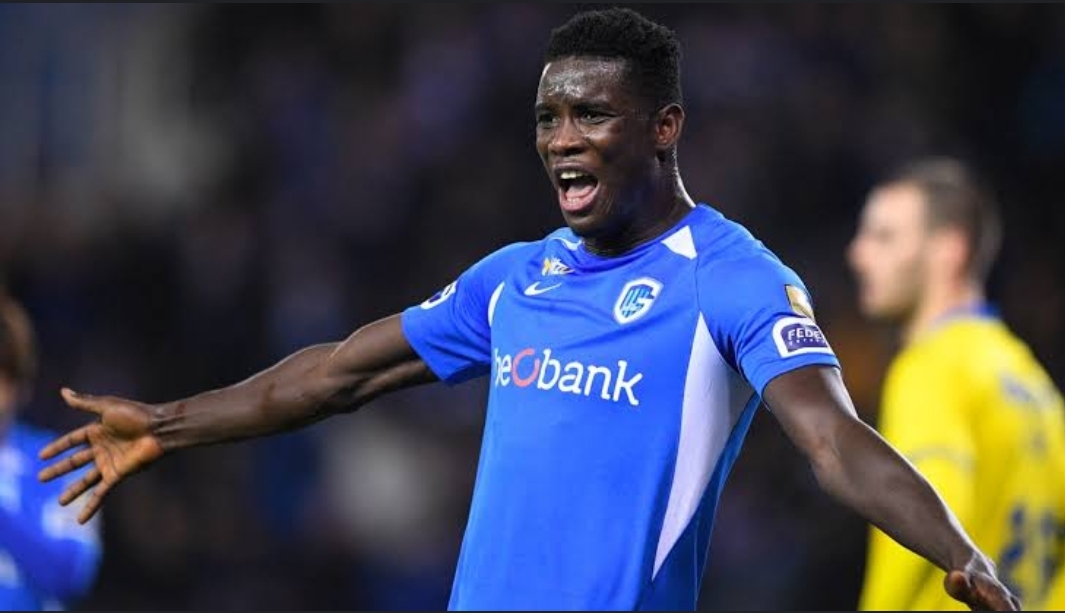 Following concerns that Paul Onuachu is not replicating his goalscoring form at club level in the national team, former international, John Udeze has offered a suggestion.

Onuachu has yet to prove himself in the Gernot Rohr team, having scored just once in six appearances, with no goal in recent times.

The 26-year-old is however shining at his Belgian club, Genk, where he has netted 17 goals in 30 appearances.

Udeze, who was speaking on Brila FM, likened the Genk striker to former Super Eagles players, Kanu Nwankwo and Victor Agali, adding that he was a good player.

Udeze went on to advise Onuachu to educate his teammates on how he would like to be served in order for him to score goals.

“Paul Onuachu is a good player, he has the height of Nwankwo Kanu and Victor Agali,” said Udeze.

“He scores with his head and leg but mostly he like to score with his head.
So with the form he has in his club he should bring it to the national team because we want to see him score goals.

“We’ve seen him play but we don’t see the goals as expected from him. This time if he gets the opportunity I pray he uses it well. And how will he use it well, he should tell his Super Eagles teammates how he want to be served.

“He should practice it in training and tell them how he likes it when inside the box so that they will serve him. If he doesn’t tell them they won’t serve him well, he needs to score goals because he is a striker. So I pray when he gets the opportunity he should use it well,” he added.

Onuachu became a part of Gernot Rohr’s 24-man squad for the 2021 AFCON double header against Sierra Leone as a replacement for injured Moses Simon.

The Genk star was in action during the Eagles’ 1-0 defeat to Algeria in last month’s international friendly in Austria.