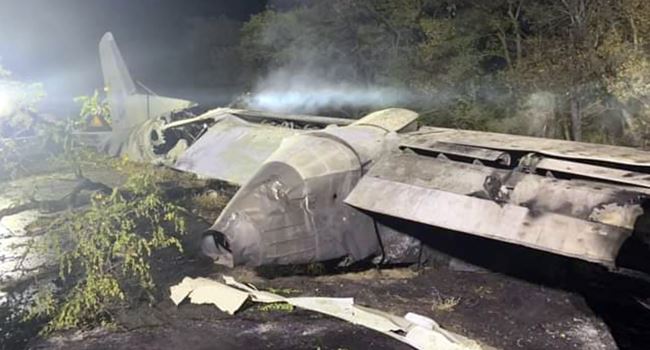 The flight recorders of the ill-fated military plane which crash-landed near the eastern city of Kharkiv, where the university is located, has been found.

This came as President Volodymyr Zelenskyy pledged a prompt and impartial investigation into the incident that killed 26 people.

“Yesterday, as a result of a terrible tragedy … Ukraine lost 26 of its worthy sons,” Zelenskyy posted on Facebook on Saturday, which he declared a day of mourning for the country.

“I insist that the causes of this plane crash be promptly clarified and that the investigation be objective and impartial,” he wrote.

“Of course it’s a terrible tragedy; we’ll find out the causes. The final conclusions will be drawn after the flight recorders have been evaluated,” he said, according to a statement from his ministry.

The Antonov An-26 aircraft crashed during a training exercise on Friday. There were 27 people on board, 20 of them reported to be young recruits from an air force university.

The country’s air force said the Antonov-26 transport plane was carrying crew and cadets when it crashed.

“At least 20 were dead and two seriously injured among the 24 passengers,” the ministry said.