US Open: Murray exits in 2nd round on return to Grand Slam tennis | Ripples Nigeria 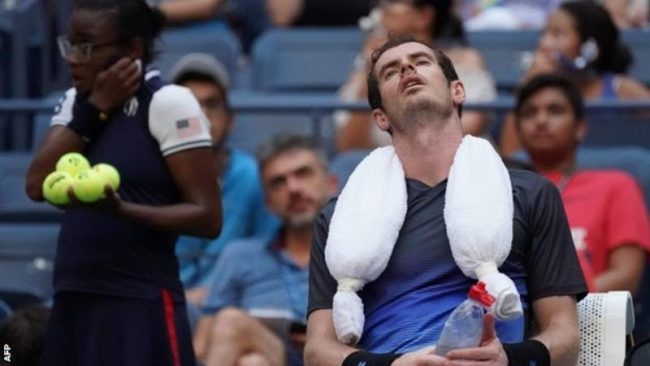 Tennis superstar, Andy Murray has been defeated by Fernando Verdasco in the second round of the ongoing US Open, which marked his return to Grand Slam competition.

It was only his fifth tournament since having hip surgery in January, and was playing on Arthur Ashe Stadium for the first time since his 2016 quarter-final defeat by Kei Nishikori.

The former world number one is however not discouraged, as he hopes to return to competing for the biggest prizes in the sport with time.

“When I got the injury, I was ranked number one in the world, 12 months later things completely changed,” he was quoted as saying by the BBC after the defeat.

“If things keep going smoothly, physically I continue to improve, I believe that I will get back to competing for the biggest competitions because there’s no reason why I couldn’t.

“When you continue to build up and start playing more tournaments, you don’t know how you’re going to respond.

“Because of the path that I’ve been on the last year with the many ups and downs, trying to come back, it not quite working, then ending up having the surgery, I think it’s completely normal to have those doubts.”