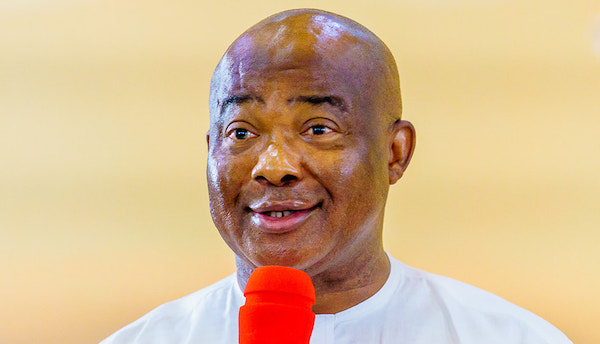 The Imo State Governor, Hope Uzodimma, on Wednesday presented the 2021 budget proposal of N346.16 billion to the state House of Assembly for consideration.

The governor, who tagged the proposal “Budget of Wealth Creation,” said N74.66 billion has been earmarked for recurrent expenditure and N271.52 for capital expenditure in the budget.

According to him, the government has put aside N13.33 billion as Consolidated Revenue Fund Charges (CRFC), and N14.12 billion for personnel cost.

While N33.72 billion has been set aside as overhead costs, and N13.46 billion for subvention costs in the budget.

Uzodimma said the increase in the personnel cost for ministries in the 2021 budget was anticipated to accommodate the new minimum wage of workers in the state civil service.

He said his administration would adopt strategies towards reducing fiscal wastages and apply prudent utilisation of resources to enable the government to execute proposed projects.

The governor also promised that the state government would continue to bridge the infrastructural deficits through creative financing strategies and private-public sector-driven initiatives.

Uzodimma commended members of the Assembly for their support to the state government.

He called for accelerated consideration and passage of the budget.