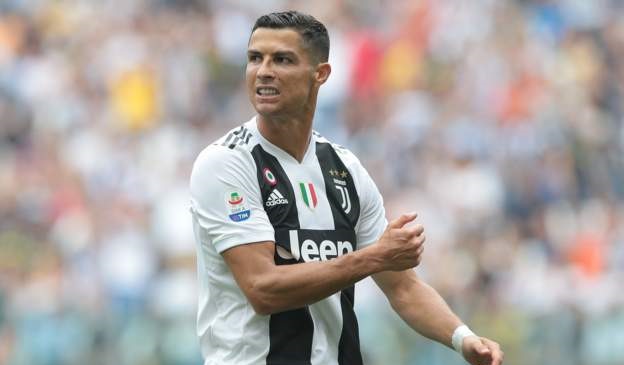 Portuguese forward, Cristiano Ronaldo scored for the very first time as a Juventus player in their home victory against Sassuolo in a Serie A encounter on Sunday.

Ronaldo, who joined the Italian giants this season after completing a surprise move from Spanish side Real Madrid, had gone three league games without scoring.

He netted twice in the encounter, with the opener coming in on the 50th minute after the visitors held strong throughout the first half, and the second in the 65th minute.

The hosts thought they were heading to a clean sheet victory when on stoppage time, Khouma Babacar pulled one goal back for Sassuolo to end the game at 2-1.

Juve finished the game with 10 men as Douglas Costa was shown a red card in the 93rd minute for kicking out, then elbowing and spitting at a Sassuolo player.

Juventus remain at the top of the Serie A table, as they maintain a 100% start to the season, looking to win an 8th consecutive title.