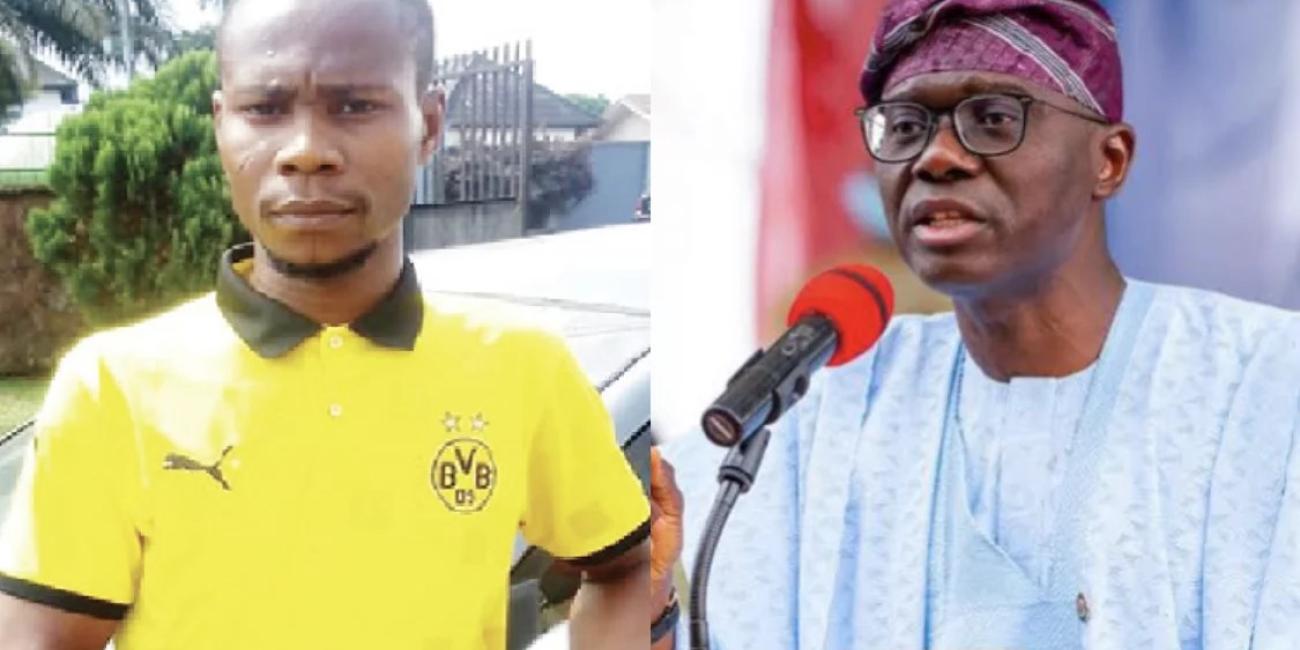 Grace Moses, a 47-year-old lady, stood before the Delta State High Court 2 on Tuesday in Effurun, Delta State, and requested that the governor of Lagos State, Mr. Babajide Sanwo-Olu, come for his son.

Speaking to reporters soon after the court postponed the proceeding involving the governor and her son, Emmanuel, she stated, “My message to Sanwo-Olu is, he should come and have his child. The baby is grown up. He is troubling me. If not for God, I would have been dead by now”.

She also claimed that when she got pregnant, Sanwo-Olu took her to have an abortion. And that she took in again. But the now governor abandoned her.

“Because of the pregnancy I couldn’t go to school due to pressure from my mother who chased me out of the house because they had waited for Sanwo-Olu to no avail.

“In my bid to abort the pregnancy, i drank “lime, but E no gree commot.

“I started selling pig for people and got paid N150 which I used for the upkeep of myself and the baby. The baby is now grown and he’s threatening to kill me if I do not show him his father.”

“Governor Sanwo-Olu was working with an oil company, Saipem, at Ubogo Community in Udu Local Government Area of Delta State at that time.

“We began a relationship which resulted in pregnancy. The governor took me to a hospital in Agbarho Community, Ughelli North Local Government Area where he terminated the pregnancy.”

The woman who spoke in pidgin English said, “After few days, Sanwo-Olu also had sex with me which resulted in another pregnancy.”

“Since then, Sanwo-Olu abandoned me and travelled out of the state on the grounds that he was transferred to work in Maiduguri, Borno State.

“I was left to carry the pregnancy and delivered the baby all alone without the assistance of Sanwo-Olu and any member of his family.

In his media address, Emmanuel said his attempts to meet the governor were unsuccessful.

Emmanuel said, “I’m not after my father because he has money or he is now the governor of Lagos State. I just want to know that he is my father.

“My mother told me how she met with my father, Babajide Sanwo-Olu many years ago.,

“I am not seeing anybody as my father’s relatives. I am bothered about it because my friends are mocking me.”

Consequently, the court adjourned the case to February 13, 2023 for hearing.

One killed as traders, police clash in Lagos