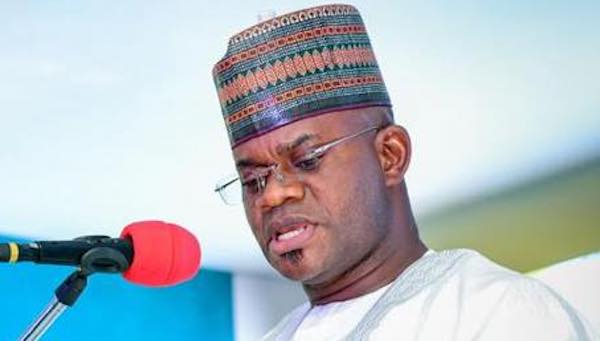 Governor Yahaya Bello of Kogi State has turned down a request by six governorship aspirants to postpone today’s governorship primary of the All Progressives Congress (APC) in Ondo State.

Bello, who is the Chairman of Ondo State APC Governorship Primary Election Committee, turned down the request at a meeting with the aspirants, telling them that he has no such power to postpone the governorship primary.

Ten out of the 12 governorship aspirants attended the meeting held at a popular hotel at Ijapo, Akure, the state capital.

The six aspirants hinged their request on the fact that they had not been given the list of delegates that will participate in the process, adding that “holding the primaries on Monday is an injustice of the highest order.”

They also wondered why the delegates’ list has not been presented to the aspirants a few hours to the primaries.

In his response, Bello, told the aspirants that his duty was to conduct a credible primary election.

“I don’t have the power to postpone Monday’s (today) primaries. We will go ahead with the exercise.

“There is no perfect election anywhere, even in advanced countries like the United States of America”, he said.