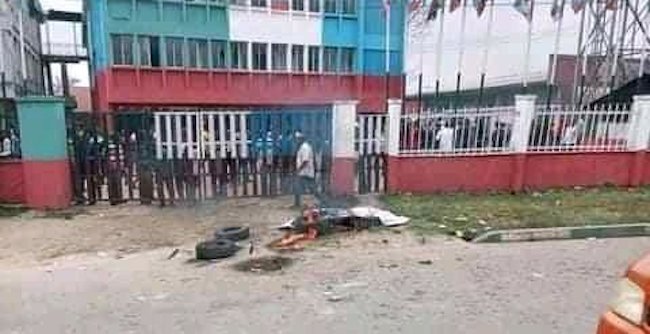 This followed the alleged insistence of the National Secretary of the APC Caretaker Committee and Extraordinary Convention Planning Committee, Senator John Akpanudoedehe on consensus arrangement for the ward congresses in the state while some stakeholders demanded that the exercise should take place.

The party conducted its ward congresses in the 36 states across Nigeria on Saturday.

Ripples Nigeria gathered that a group in the party known as the APC Elders’ Forum led by a former military administrator of Rivers State, Group Captain Sam Ewang (retd), had called for elective ward congresses instead of consensus in the state.

However, the exercise which was slated to take place in the 329 wards across the state was suspended due to the absence of election materials.

The materials for the congresses did not arrive at the party secretariat while no official was sent from the APC national secretariat in Abuja to coordinate the process.

The development irked party youths who went on a rampage and set some sections of the party’s secretariat ablaze.

They also carried placards with inscriptions such as “Udodehe you can’t hijack our party,” and “We want free and fair congresses, not consensus,” among others.

Why Saraki was arrested– EFCC