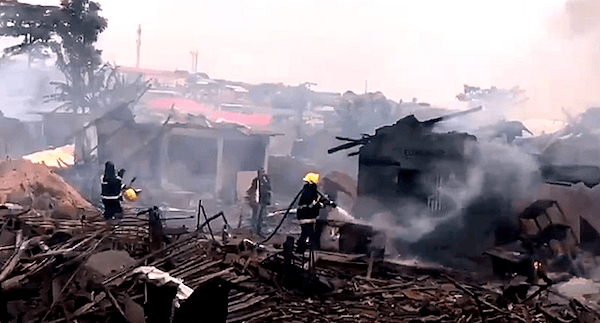 The National Emergency Management Agency (NEMA) said on Friday 44 persons were injured in Thursday’s gas tanker explosion in the Iju area of Lagos.

He added that more than 30 victims had been discharged from the hospital.

Farinloye dismissed the claim that three persons including the truck driver died in the incident, saying the impact assessment conducted by NEMA and other rescue agencies had shown that there was no fatality in the incident.

He said: “From our assessment, 44 persons were injured in the incident.

“75 traders plying their trade within the area and 36 residential houses comprising 56 households were affected by the inferno.”