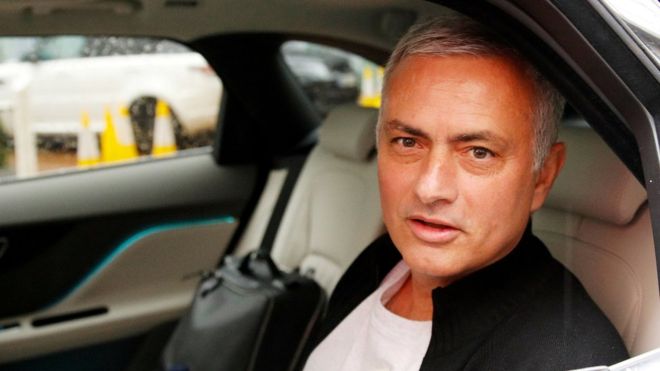 Tottenham Hotspur manager Jose Mourinho says he will try to help the club end their 13-year wait for a trophy this season.

Mourinho was speaking in respect of the 20-year anniversary of Daniel Levy as Spurs chairman, as he vowed to make it a memorable one.

The last time Spurs won a trophy was in 2008, when they clinched the League Cup after defeating Chelsea 2–1, after extra time to win their first trophy in nine years.

Mourinho, who has not failed to win a trophy in all the clubs he has managed, is looking to break the jinx in his second season at the club.

“I would love to help,” Mourinho said.

“I would love to be part of a work that can deliver a trophy.

“The work done in this club – independent of the trophies the club didn’t get – is undeniable. The club is a big, big club in many aspects, very well organised, and that’s incredible work from him as the big boss and the whole structure that works for him.

“I don’t think it’s fair to judge just on the trophies but the trophies are the salt and pepper or football and I would love – not just for him but for the players and the fans and for every one – to help that to happen.

“I’m not a big guy on stats but my 1,000th official match is going to arrive this season too for a career where I’ve been lucky enough to win so many things, and it would be also nice for him to celebrate my 1,000 official matches by winning a trophy for Tottenham. We are going to try. Let’s see if it’s possible.”

Tottenham are currently in the race to finish in top four in the Premier League, already in the final of the Carabao Cup (to face Manchester City) and are also in the round-of-16 in the Europa League.

UCL: Messi crashes out with Barcelona as Mane, Salah fire Liverpool into Q’finals