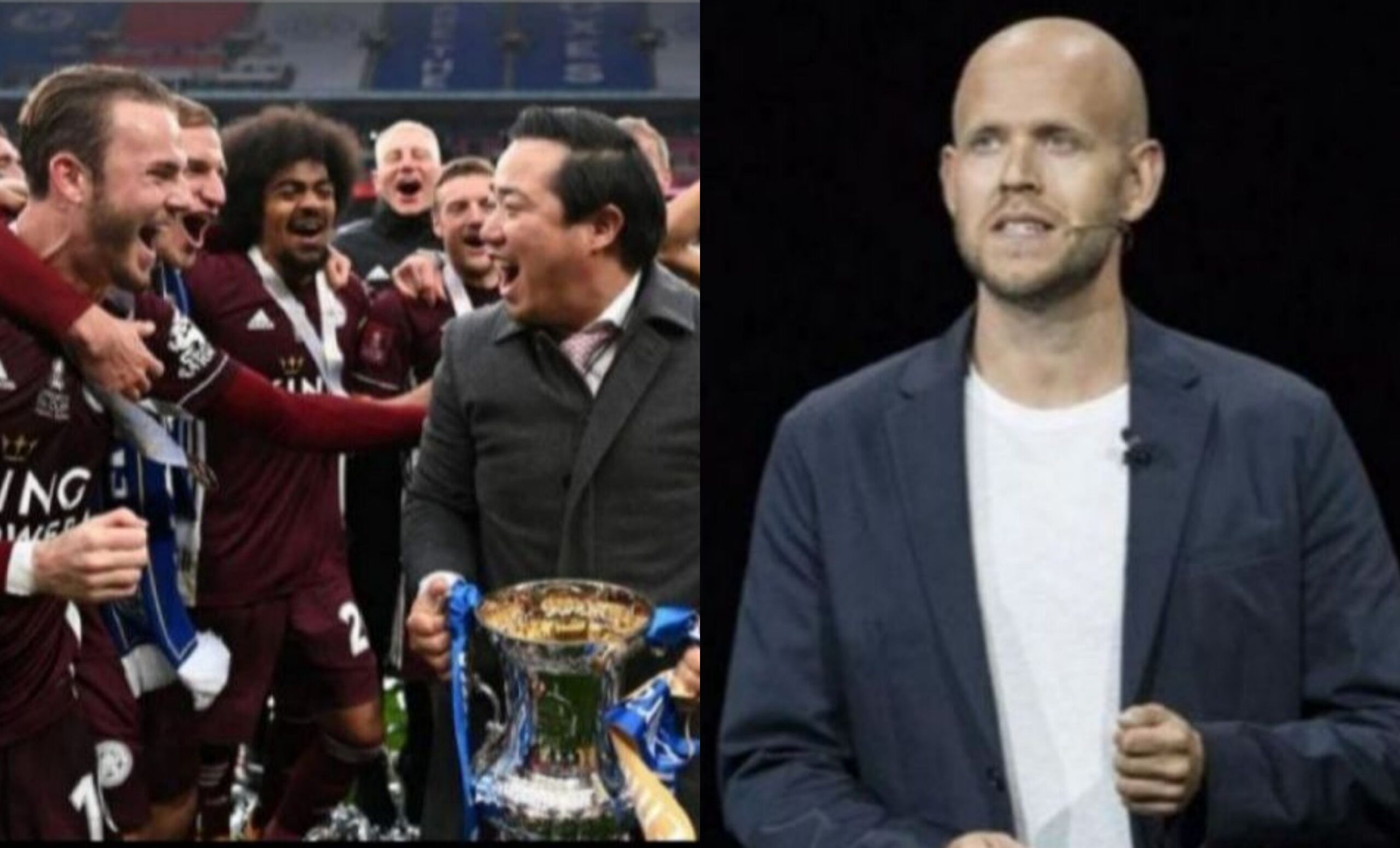 The rejection of billionaire businessman, Daniel Ek’s bid to take over as owner of Premier League side, Arsenal also caught some attention in the media over the weekend.

The Foxes put up a stunning display to win the final 1-0 at Wembley and denied Chelsea their hopes of winning a possible double this season.

For winning the FA Cup, the Brendan Rodgers side would have pocketed nothing less than £3.6m, which Arsenal pocketed for their 2020 final triumph over Chelsea.

But for the coronavirus pandemic, the Foxes bagged the winning prize almost slashed by half – £1.8m – exactly the take-home amount by the Blues for losing to Arsenal in the 2020 final.

The reason for the slash in prize money was already explained by the FA in August last year.

“After two seasons of record levels of prize funds, the Emirates FA Cup prize fund has returned back in line with 2017-18 levels due to the financial impact of the COVID-19 pandemic,” said the FA.

The total prize fund for the FA Cup this season was £15.9 million which is distributed among all 188 teams that entered the competition.

The further you go in the tournament, the more money you make, hence Leicester City’s triumph brings their total earned in the competition to £3.4 million.

It was a historic feat for Barcelona Ladies, who thrashed Chelsea Women 4-0 following a rampant display within the first 36 minutes of the game.

The prize money for the women’s competition is not as huge as that of the men’s, but it is worthy of a mention that UEFA is already planning to raise the prize in the 2021-22 season.

For this season, Barcelona, as champions bagged a whooping €460,000 for going all the way to the final and winning the title.

Spotify founder Daniel Ek over the weekend revealed that his bid to take over as owner of Premier League club, Arsenal was rejected.

The big shareholders at the Gunners, the Kroenkes, have repeatedly aired their unwillingness to sell the club, and did make it clear to Ek when he made his bid.

“This week an offer was made to both Josh Kroenke and their bankers that included fan ownership, representation at board and a golden share for the supporters,” Ek wrote in a statement at the weekend.

“They replied that they don’t need the money. I respect their decision but remain interested and available should that situation ever change.”

Amid the fallout from the European Super League collapse in April, Ek said he was interested in buying the club.

Ek is worth worth a reported $4.7bn and has Arsenal legends Thierry Henry, Dennis Bergkamp and Patrick Vieira as part of his bid team.

Ripples Nigeria had reported how Stan Kroenke and his son, Josh, had made a public statement following protests by fans, that Arsenal was not for sale.

Josh is a director at the club and heavily involved in its day-to-day operations.

As it stands, 38-year-old Ek, who is co-founer of music streaming service Spotify, may not be having his wish fulfilled as the current owners of his loving club are not ready to sell anytime soon.