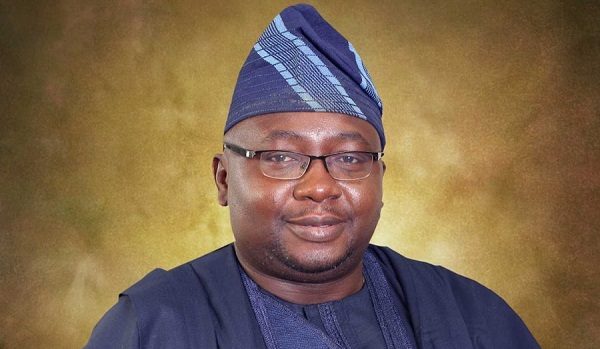 A former deputy governor of Central Bank of Nigeria, Chief Adebayo Adelabu, has emerged as the governorship candidate of Accord Party in Oyo State.

Adelabu emerged the Accord Party’s candidate at an affirmation congress held at the Obafemi Awolowo Stadium in Ibadan on Wednesday.

The development ended speculations on the ex-CBN official’s next political move after he joined the party from the All Progressives Congress (APC).

Adelabu secured the ticket after Mr. Ayodele Oyajide withdrew his candidature as the party’s governorship flag bearer in the 2023 election.

The event was attended by the party’s national executives including its Chairman, Alhaji Mohammed Nalado and a delegation of the Independent National Electoral Commission (INEC) led by the State Administrative Secretary, Mr. Biodun Amosu.

Adelabu, who represented the APC in the 2019 governorship election in Oyo State, dumped the party after he was defeated by a former Senator Oyo Central Senatorial District, Teslim Folarin, in the primary election held in May.