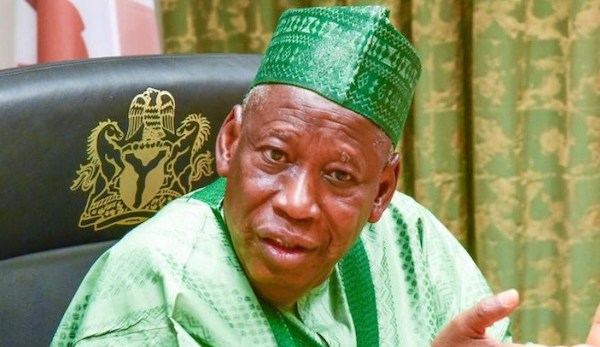 Kano State Governor, Abdullahi Ganduje, said on Tuesday members of the state executive council and other political appointees were subjected to drug tests before they were appointed.

A statement issued by his Chief Press Secretary, Abba Anwar, said the governor disclosed this while witnessing the destruction of expired/adulterated packaged food and illicit drugs worth N380 million at the National Drug Law Enforcement Agency, (NDLEA) office in Kano.

Ganduje said his administration attaches importance to the fight against drug abuse, hence the decision to subject the cabinet members and other political appointees to compulsory drug tests.

He said: “Because of the importance attached by my administration to the fight against drug abuse, that was why I directed that all political appointees must go through drug tests. All my commissioners, permanent secretaries, advisers and heads of agencies, among others, were tested. NDLEA is here to testify to that.

“Because we are determined in this fight, that is why we said we must institutionalise the effort. A Bill is before the State House of Assembly on Drug Administration Agency. We want to have strong institution for that. But then we are not usurping the responsibilities of other federal agencies saddled with this responsibility.

“We are only complimenting their efforts. That is why, when established, the agency would work hand in hand with the federal agencies to achieve a drug-free society.

“All the agencies responsible for the fight against drug abuse must partner with each other. Working together as a team is necessary for the success of the effort. All security agencies should also work closely with other agencies to see that we achieve this in our state and the nation in general.”