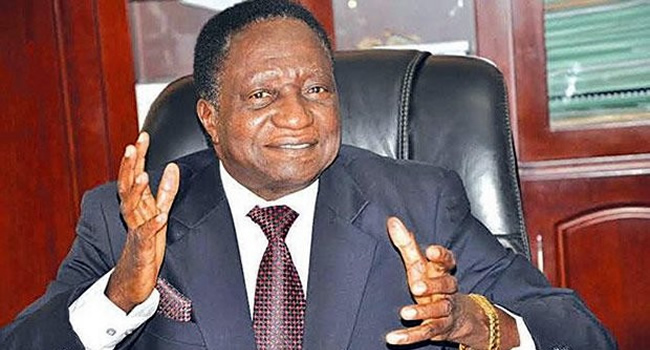 A former Accountant/Deputy Director at the Joint Admission and Matriculation Board (JAMB) Jimoh Olabisi Olatunde and his lawyer, Peter Iyiola Oyewole, said to be allies of the ex-JAMB Registrar, Professor Dibu Ojerinde, have agreed to testify against him in his trial for alleged N5.2 billion fraud.

Olatunde and Oyewole were listed among the 11 witnesses slated to testify as prosecution witnesses in the trial.

Ojerinde, who is currently on bail, was said to have taken ill, a development that stalled the planned commencement of his trial last Thursday, although Olatunde and Oyewole were in court.

The Independent Corrupt Practices and Other Related Offences Commission (ICPC) accused Ojerinde, in the 18-count charge brought against him, of diverting public funds estimated at N5.2 billion, while he was the head of the National Examination Council (NECO) and later JAMB.

According to court documents filed by the prosecuting team, led by Ebenezer Shogunle, the Commission claimed that Olatunde and Oyewole served as channels through which Ojerinde allegedly diverted the funds.

The court documents stated: “During his tenures at both critical agencies of the Federal Government, the defendant (Ojerinde) procured Jimoh Olabisi Olatunde (aka ‘JAMB J. O. Olabisi,’ ‘Jamiu Olabisi,’ etc), his kinsman and trusted confidante, in a strategic position as an Accountant/Deputy Director (Finance) to use public funds to acquire various properties on his instruction and for his benefit.

“The defendant also retained the services of another trusted kinsman, Oyewole, a legal practitioner practicing under the name ‘Crystal Chambers, P. I. Oye & Associates, P.I. Oyewole & Associates,’ etc; to register some companies on behalf of the defendant and members of his family.

“In voluntary statements under caution, written in the presence of his solicitor and by affidavit, Olatunde admitted using his position as a public officer to confer a corrupt advantage on the defendant by diverting public funds to finance the private business interests and acquisition of shares and other properties on the instruction and for the benefit of the defendant and members of his family.

“At the trial, the witness (Olatunde) will narrate how he diverted funds from NECO and JAMB to finance the private business interests and purchase of properties for the benefit of the defendant.

“In voluntary statements and by affidavits, Oyewole admitted collecting all funds with which he registered several companies and acquired several properties for the benefit of the defendant, from Olatunde while he was an Accountant with NECO and JAMB respectively.

“Oyewole affirmed that the defendant did not personally give him any money to acquire any of the properties.

“At the trial, the witness (Oyewole) will narrate how he collected funds from Olatunde while he was an Accountant with NECO and JAMB to finance the private business interests and purchase of properties for the benefit of the defendant.”

Meanwhile, the ICPC noted that in voluntary statements under caution and by affidavit, the defendant denied ownership of some of the companies, shares, and properties allegedly acquired for his benefit and alleged instead, that his solicitor, Oyewole was in the habit of incorporating companies and forging his signature as a shareholder or director without his knowledge or consent.

However, the Commission alleged that through letters from another solicitor, the defendant admitted to being the beneficial owner of some of the companies and properties, saying he claimed to have sold and converted the funds to his personal use.

Also, the ICPC accused some banks of willingly yielding their platforms to the alleged diversion of public funds.