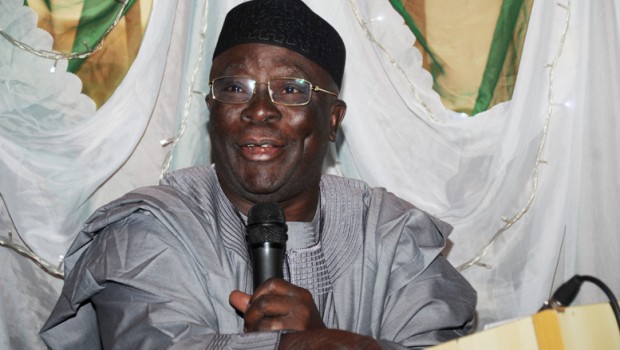 An elder statesman and Afenifere chieftain, Chief Ayodele Adebanjo, on Tuesday, said Nigeria’s major problem lies with the ruling party, All Progressive Congress (APC) and its men ruling it.

Adenbanjo who spoke in a programme (Sunrise Daily) on Channels Television, said, the unpreparedness of APC before it came into power had sunk the country into more calamities.

“An administration is as good as the party ruling it. APC’s lack of plans and preparation has brought Nigeria more problems than we had before their emergence. Tell me, what would you say they had achieved since their arrival? APC as a party and its people are nothing but opportunists, and disappointedly, they mismanaged the whole things”.

The elder statesman also spoke about restructuring which he said was the key solution to several problems ravaging the country.

“The major solution to many problems in this country is restructuring. Let this government restructure this country and see if there won’t be perfect peace. But you know, because of their selfish interest, they will not”.

Recall that chief Adebanjo recently called for the breakup of Nigeria.

He said the only option left for the country was to break up if President Muhammad Buhari could not restructure it.

“I have no objection to breaking up. People are talking of breaking up because the terms of coming together have been abrogated by the northern Muslims who are dominating us”, he said.