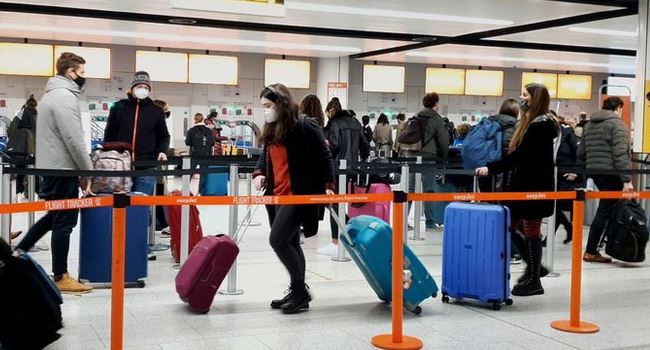 Argentina, Chile, Colombia and Canada have banned their citizens from travelling to the United Kingdom over a new strain of COVID-19 sweeping across South-East England.

Argentina’s Interior Ministry said in a statement on Sunday that the last flight from the UK before the suspension starts would arrive in Buenos Aires on Monday morning.

Also the Chilean government in a statement issued on Sunday said that non-resident foreigners who had been in the UK over the last 14 days would be banned from entering the country.

This came after the UK Prime Minister, Boris Johnson, said a fast-moving new variant of the virus that is 70 percent more transmissible than existing strains appeared to be driving the rapid spread of new infections in London and England’s South-East in recent weeks.

He, however, stressed that “there’s no evidence to suggest it is more lethal or causes more severe illness or that vaccines would be less effective against it.”

On Sunday, British Health Secretary, Matt Hancock added to the alarm when he said “the new variant is out of control.”

The UK recorded 35,928 new cases during the week, approximately double the number from a week ago.