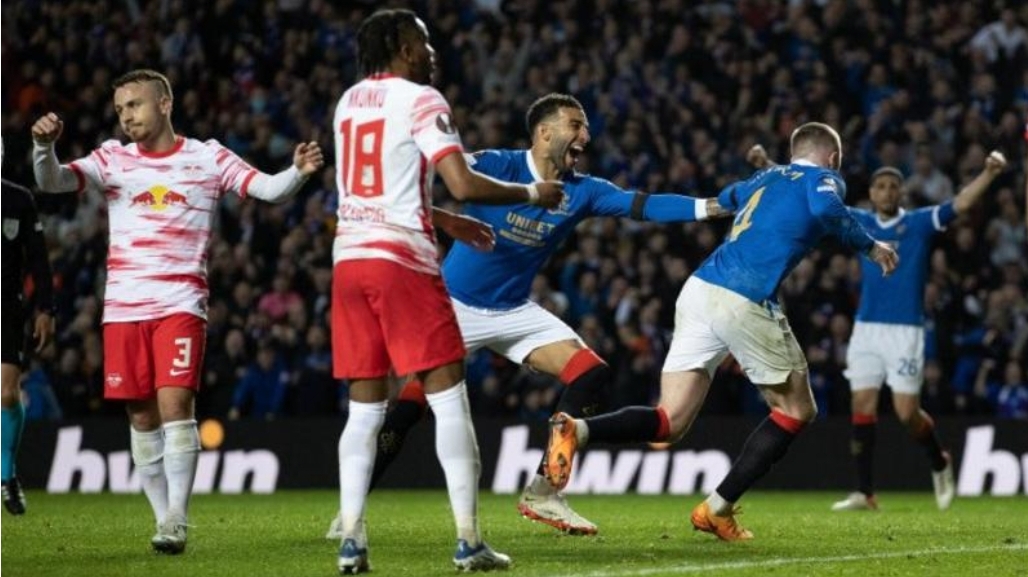 Super Eagles star, Joe Aribo has helped his club Rangers to reach the final of the Europa League after coming from behind to beat RB Leipzig in the semifinal.

The Scottish side were trailing 1-0 from the first leg in Germany, but sealed an incredible comeback to win 3-1 in the second leg, and advancing 3-2 on aggregate.

They face Eintracht Frankfurt in the final billed for Seville on 18 May with a tantalising chance to win the club’s first European trophy for 50 years.

Frankfurt won the other semifinal of the competition, defeating Premier League side West Ham 1-0 on Thursday after already winning 2-1 in the first leg last week.

Meanwhile, Super Eagles forward, Kelechi Iheanacho fired blanks as well as Ademola Lookman for Leicester City as they failed to secure a win over AS Roma in the Europa Conference League.

Leicester had been held to a 1-1 draw at the King Power Stadium last week before being beaten 1-0 by the Italians in Rome Thursday night.

Tammy Abraham’s powerful header for the home side was the difference as Foxes struggled to make an impact at the Stadio Olimpico.

The Jose Mourinho side have advanced to the final, where they face Feyenoord who defeated Marseille 3-2 on aggregate. They played a goalless draw in the second leg in France Thursday night.