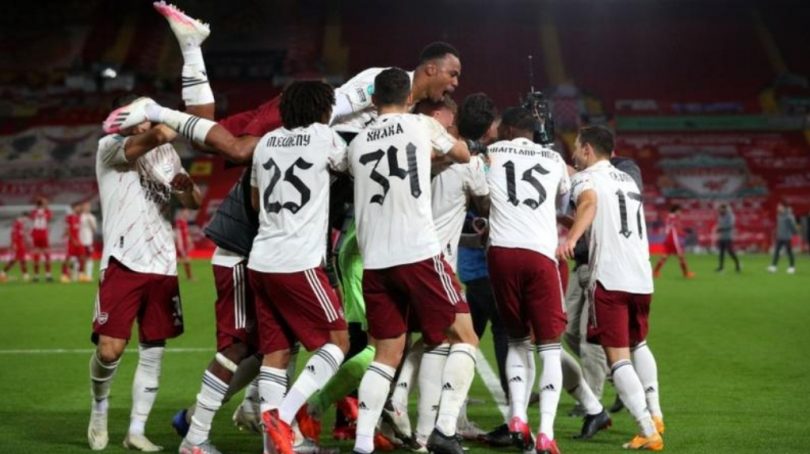 Liverpool have been knocked out of the Carabao Cup after falling to a defeat to Arsenal in the fourth round through penalty shootout.

After making numerous changes from their Premier League clash on Monday, which Liverpool won 3-1, both sides struggled to impress.

The game ended goalless after 90 minutes, and the penalty shootout saw the Gunners win 5-4 to advance to quarter-finals.

Mohamed Elneny also missed for Arsenal, but his goalkeeper salvaged the situation by stopping two from the opponents.

Arsenal and Liverpool played out a 5-5 draw at Anfield last season before a penalty shootout won by Liverpool. Both sides also met at the Community Shield this season, and Arsenal won on penalties.