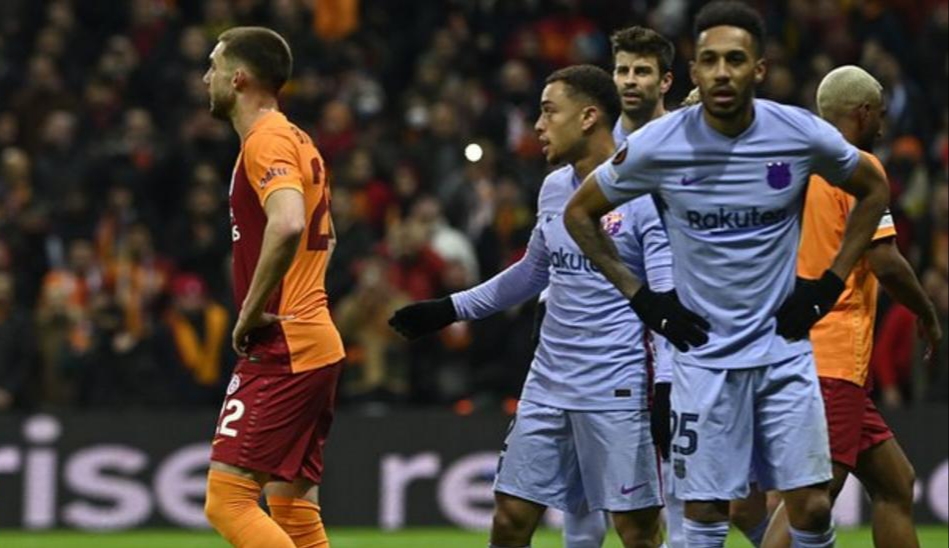 Spanish giants Barcelona have zoomed into the quarterfinals of the Europa League after Pierre-Emerick Aubameyang scored to knock Galatasaray out.

The former Arsenal forward scored his seventh goal in as many games to help Barcelona beat their hosts in the second leg of their round of 16 tie.

Aubameyang scored the winner early in the second half to complete an impressive comeback after their Turkish opponents had taken the lead.

The first leg of the tie ended 0-0 in Spain, then Brazilian defender Marcao gave the hosts the lead before Pedri equalised with a fine individual goal in the 37th minute.

Aubameyang then scored the winner to send Barca into Friday’s quarter-final draw.

The 32-year-old Gabonese joined Barcelona on a free transfer in February after four years at Arsenal and has been impressive at Camp Nou.

Xavi’s side had dropped into the Europa League after finishing third during the group stage of the Champions League, behind Bayern Munich and Benfica.

Elsewhere, Super Eagles duo of Joe Aribo and Leon Balogun also zoomed into the quarterfinals of the Europa League with their club Rangers after they sealed a 4-2 aggregate victory over Red Star Belgrade.

They won the first leg of the tie 3-0 at home before holding on in a 2-1 defeat in the second leg on Thursday night.