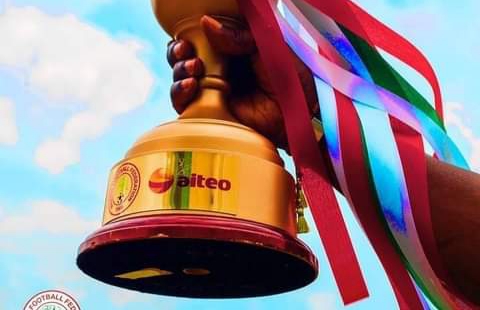 Bayelsa United have emerged winners of the 2021 Aiteo Cup after beating Nasarawa United in the final at the Samuel Ogbemudia Stadium, Benin City on Sunday.

Bayelsa won the Cup for the first time
after a 4-3 victory on penalties following a 2-2 draw in regulation time.

Inikurogha Okardi gave Baylesa United the lead in the 19th minute before Chinedu Ohanachom equalised for Nasarawa United within seconds.

Both teams failed to register a goal after the break and the gane went on to penalty shootout.

Bayelsa United are now the second team from the second tier to win the FA Cup after defunct Dolphins Football Club of Port Harcourt claimed the title in 2011.

The Yenogoa club will compete in the CAF Confederation Cup next season.

Injury to keep new Barca signing, Aguero, on the sidelines for 10 weeks