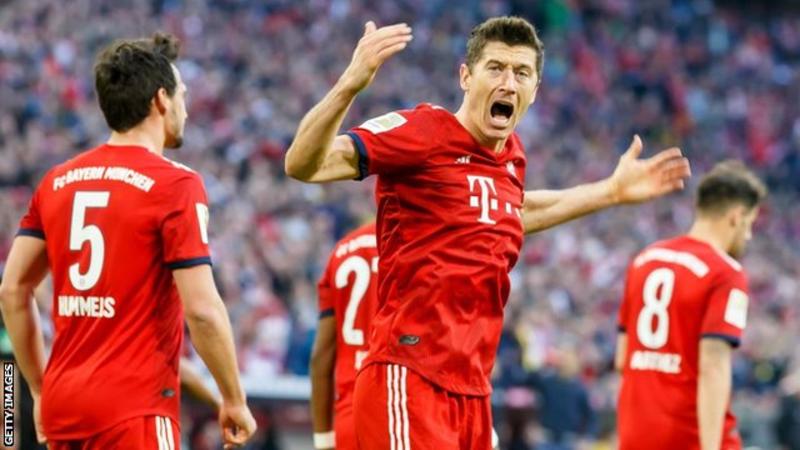 German champions Bayern Munich showed no mercy on their title rivals as they thrashed Dortmund 5-0 in a Bundesliga tabletop clash.

Dortmund, who were two points clear heading into this match, were shell-shocked following a ruthless first-half display from the hosts.

Lewandowski then completed the rout in the 89th minute to seal a 5-0 victory.

With six games left, Bayern, whoare chasing a seventh consecutive Bundesliga title, now sit at the top of the table.

It is worthy of note that Dortmund were nine points clear at the top by the start of December last year.

Bayern are aiming to win a 29th league title and could add the German Cup after reaching the semi-finals with a victory over second-division side Heidenheim.

The champions face Freiburg next as the race to the title continues.