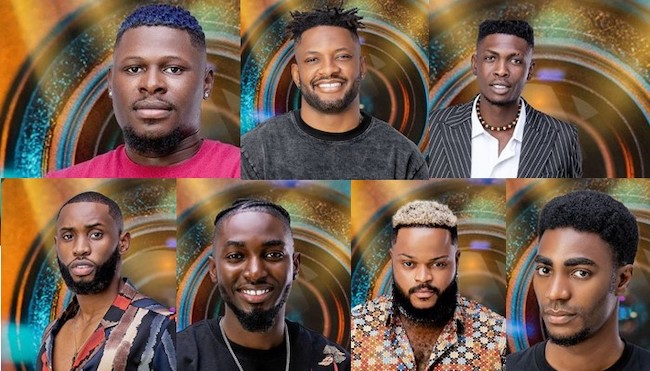 The sixth edition of the fans’ favourite reality show, Big Brother Naija, kicked off on Saturday.

This year’s edition of the reality show is titled: “BBNaija Shine Ya Eyes.”

The first set of housemates for the sixth edition of the reality show has been announced.

30-year-old Boma was raised in Yaba, Lagos. He is a mixologist. He loves to meet people. The housemate is a lover boy and would love to be everyone’s guy. His aim is to be the house’s go-to guy.

Boma is a model who has been in the business for 10 years. The former footballer switched to mixology after an injury ended his soccer career.

He is also from Lagos State. The 29-year-old is a trained engineer and fitness coach.

The housemate told housemates he is a ladies’ man.

Yousef is from Jos, Plateau State.

He is a biracial Nigerian who teaches Technical Education in a secondary school. He loves to look for the camera.

The 36-year-old singer-cum-actor was born in Warri, Delta State.

He is a very spontaneous guy who loves to work out.

The BBNaija Season 6 housemate said he is a bully and isn’t sorry about it.

He promised to bring drama to the show.

Whitemoney is the fifth housemate to join the Shine Ya Eye edition of the BBNaija.

He is a streetwise youngman and promised to keep fans entertained with his sparkling personality.

The 33-year-old is a Computer Scientist and married.

According to the housemate, he has several tricks up his sleeves and is prepared to dazzle other housemates and fans of the glamorous reality TV show.

This 27-year-old medical a doctor is hoping for the best and preparing for the worst during the 72-day reality TV show.

The housemate, who said he dislikes deceptive people, promised to enthrall fans and colleagues throughout his stay in the house.

Jay Paul hails from Cross River. He described himself as a social butterfly and a jack of all trades.

Emmanuel is a 24-year-old model. He loves fast cars, reading and shopping.

The housemate described himself as a very dramatic individual and hustler. He told female housemates to keep their fingers crossed as he was still single.

Sammie is a Guidance and Counseling student of the Ahmadu Bello University (ABU).

The housemate is also a filmmaker, huge dreamer, and talkative.

He hopes to win the grand prize at the end of the show on October 3.

The 31-year-old described himself as an adventurous and spontaneous guy.

The housemate said he loves to see women fight for him.

More housemates will be unveiled on Sunday.