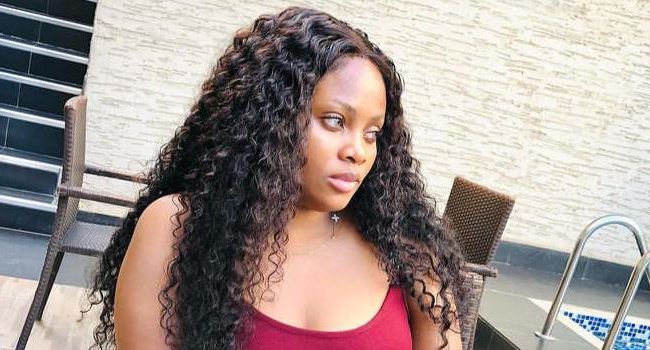 Big Brother Naija Shine Ya Eyes contestant, Tega Dominic has finally spoken about the controversial segment with her fellow contestant, Saga during a truth or dare game on Sunday, August 1.

Tega, one of the two married Shine Ya Eyes contestants with a child, stunned several onlookers and fans of the reality show when she allowed Saga to suck her boobs. She has cleared the air about the scandalous five seconds.
Responding to a question from Whitemoney on if her partner felt comfortable with her getting sexual with other housemates, Tega clarified that she got his blessings prior to the show.

According to Tega, she and her husband had an understanding to do anything but sex in the house.

Listen to the conversation below.

Meanwhile, Tega’s husband, Ajehbo Dominic had also taken to his Instagram account to show solidarity with his wife. He informed the critics that his wife has done nothing wrong and he is fine with the controversial moment.