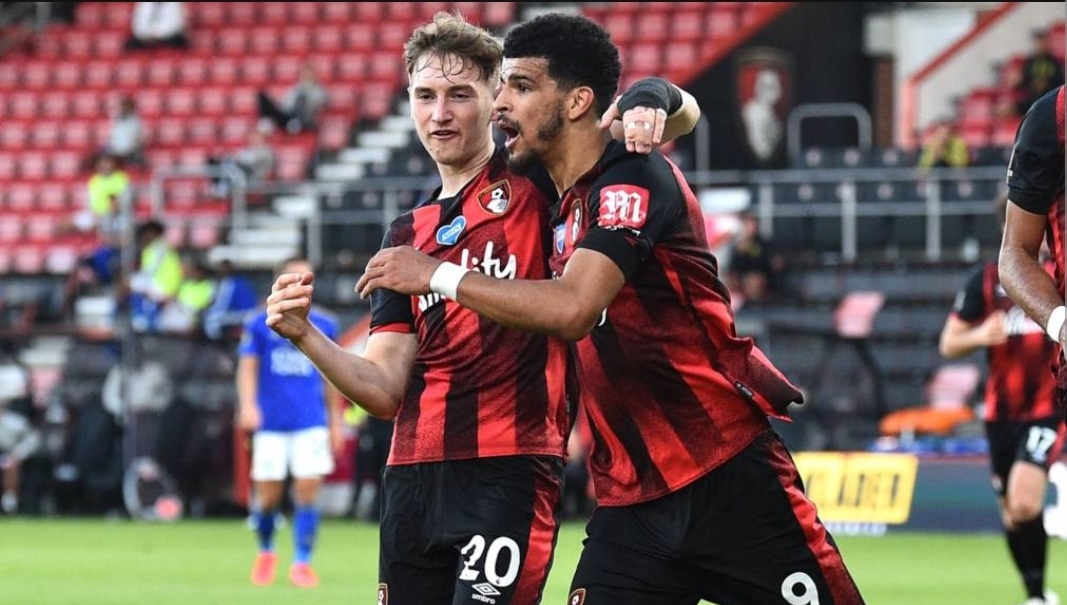 Bournemouth came from behind to thrash 10-man Leicester City 4-1 in an entertaining Premier League encounter on Sunday.

Defeat for the Foxes has dented their hopes of finishing in top four this season.

Super Eagles duo of Kelechi Iheanacho and Wilfred Ndidi made the starting eleven for Leicester but it was England forward Jamie Vardy who opened the scoring.

Leicester were ahead at half time, and continued in the lead until the 66th minute when Junior Stanislas scored from the spot after Ndidi brought Callum Wilson down in the box.

Dominic Solanke turned the game around on 67 minutes, scoringhis first goal in a long time.

Defender Caglar Soyuncu was then sent off after he kicked Wilson as Bournemouth celebrated their second goal, reducing the visitors to 10 men.

A shot from Stanislas then found the net via a big deflection off Jonny Evans and Solanke scored his second to give the Cherries their first win in 10 games.

The win keeps Bournemouth three points from safety, after wins for West Ham and Watford on Saturday, while Leicester remain fourth.

Related Topics:BournemouthEPLLeicester City
Up Next