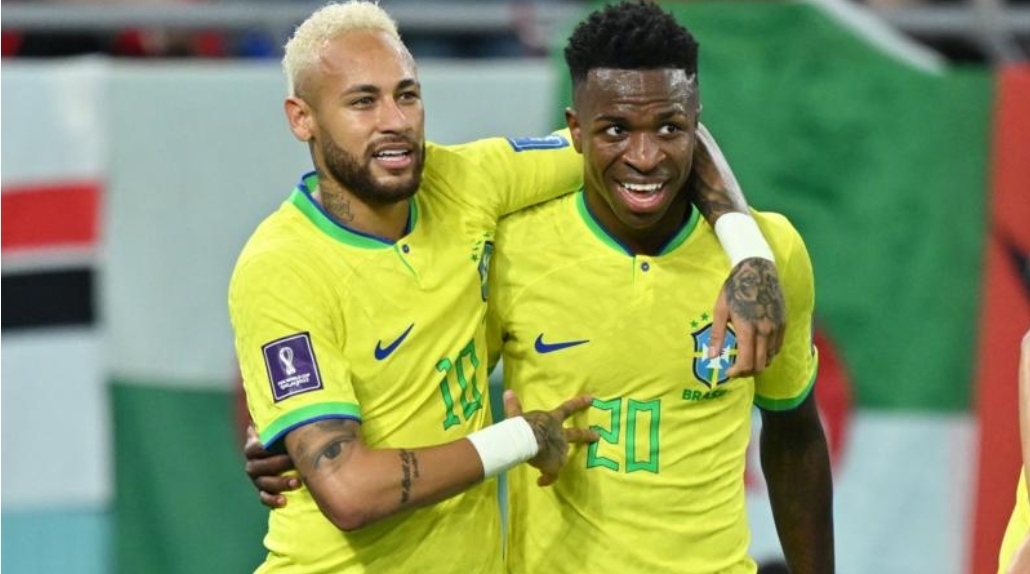 Brazil scored four goals in the first half to seal a 4-1 victory over South Korea in a round of 16 clash at the FIFA World Cup in Qatar on Monday night.

Goals by Vinicius Junior, Neymar, Richarlison and Lucas Paquetá put Brazil in control before halftime, before Paik Seung-ho pulled one back at the restart.

Neymar was making a return to the team having been ruled out in their last two games due to injury, and his goal was his 76th goal for Brazil, leaving him just one behind the legendary Pele’s all-time record.

Brazil became the first side to score four goals in the first half of a World Cup knockout game since Germany did so against them in the 2014 semi-final.

The South Americans will now face Croatia in the quarterfinals. Croatia, earlier in the day, defeated Japan on penalties to advance.