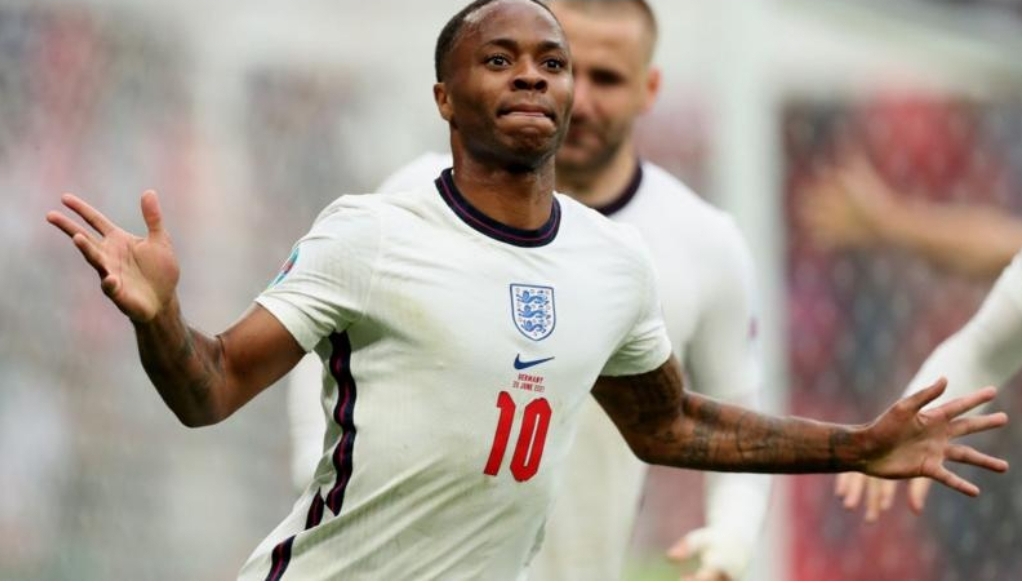 Raheem Sterling and Harry Kane were on target for England in their round of 16 clash against Germany at the ongoing Euro 2020.

Both forwards bagged crucial goals late in the game to secure a 2-0 victory for the Three Lions and clinch a quarterfinals ticket.

After 75 minutes of goalless play, Manchester City’s Sterling, who had scored England’s only two goals in the tournament, opened scoring again when he placed Luke Shaw’s cross into the net.

Tottenham Hotspur’s Kane then doubled their lead 10 minutes later when he headed in substitute Jack Grealish’s drilled cross to spark more celebration with the 40,000 fans at Wembley.

With the victory, England ended a 55-year wait for a knockout tie victory over Germany.

Germany had qualified for the knockout stages after fighting back to seal a 2-2 draw with Hungary in their final group game, while England won 1-0 over Czech Republic.

Tuesday’s victory is the first time England have beaten Germany in a knockout tie at a major tournament since the 1966 World Cup final.

The Gareth Southgate side will now face the winners of Tuesday’s other round of 16 tie between Sweden and Ukraine.

Meanwhile, Sterling, who has now netted three goals so far in the tournament, becomes only the second player to score each of England’s first three goals at a major tournament, after Gary Lineker did so at the 1986 World Cup.