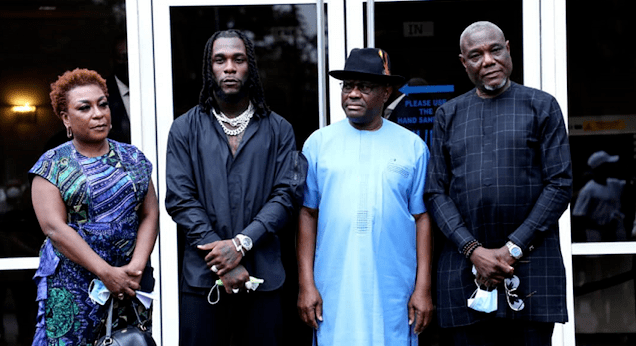 The governor stated this when Burna Boy, his parents and management team paid him a courtesy visit at the Government House, Port Harcourt.

Burna Boy and Wizkid won recognitions at the 63rd Grammy Award held in the United States on March 14.

Wike said: “There is no Rivers person that will say he or she is not happy with the kind of pride you have brought us.

I am very happy and I can tell you that. Whatever you think we can do to promote you, we will continue to do it.”

He congratulated the singer for bringing honour to the state.