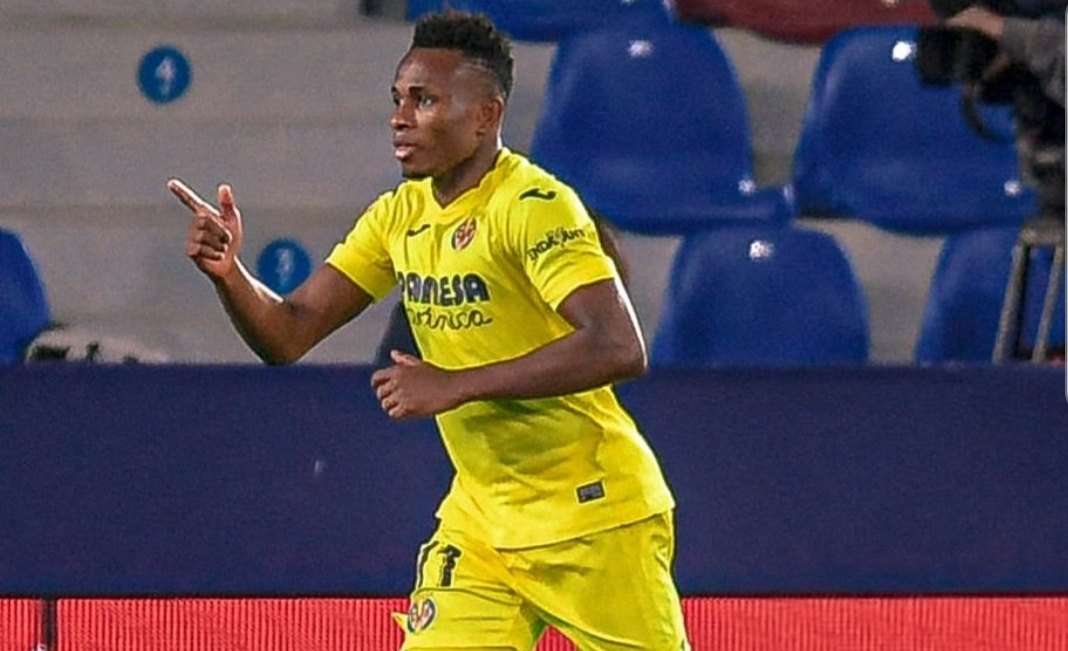 Super Eagles forward, Samuel Chukwueze was on target for Villarreal in their 2-1 home defeat to Barcelona in the La Liga on Sunday.

Chukwueze opened the scoring on 26 minutes to put the hosts on the driving seat, before Antoine Griezmann equalized two minutes after.

The French star scored again in the 35th minute to get the Catalan giants in front, as they held on to the lead throughout the game.

As it stands, it is going to be a thrilling end to the La Liga season, with Barcelona now level with Real Madrid.

Barcelona have garnered 71 points from 32 games, having a game in hand compared to Real Madrid, who have played 33 games and are in second place.

League leaders, Atletico are on 73 points and are billed to face Athletic Bilbao later on Sunday as they continue to battle for their first title since 2014.

One of Barcelona’s remaining six league games is at home to Atletico on 8 May, which could determine the title.

Meanwhile, Chukwueze’s Villarreal are still in the race for the Europa League, and will be facing Arsenal in the semifinal first leg next Thursday.