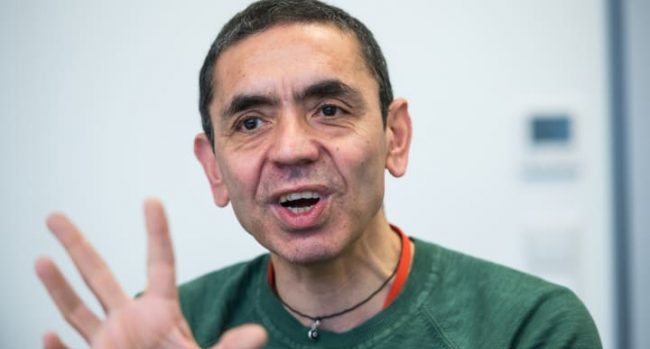 Prof. Ugur Sahin, the co-founder of BioNTech, the creators of a new vaccine for Covid-19, has said that the impact of the vaccine will become very significant over summer and normal life will resume around March and April of 2021.

He also raised hopes that a shot of the vaccine could halve the transmission of the virus, resulting in a “dramatic reduction in cases.”

BioNTech and co-developers Pfizer, last week, announced the creation of a new vaccine that could prevent more than 90% of people from getting Covid-19.

In an interview on BBC, Sahin said he expected further analysis to show the vaccine could reduce transmission between people as well as stop symptoms developing in someone who has had the vaccine.

He said the goal was to deliver more than 300 million doses worldwide by April, 2021, which “could allow us to only start to make an impact.”

“I’m very confident that transmission between people will be reduced by such a highly effective vaccine, maybe not 90% but maybe 50%, but we should not forget that even that could result in a dramatic reduction of the pandemic spread,” he said.

“I am probably the first guy to say that, but I will say that with some confidence. If everything continues to go well, the vaccine would begin to be delivered at the end of this year or the beginning of next year.

“Summer will help us because the infection rate will go down in the summer and what is absolutely essential is that we get a high vaccination rate until or before autumn/winter next year,” Sahin added.

The UK is expected to get 10 million doses of the vaccine by the end of the year, with a further 30 million doses already ordered. The jab, which is being trialed in six countries, is given in two doses, three weeks apart.