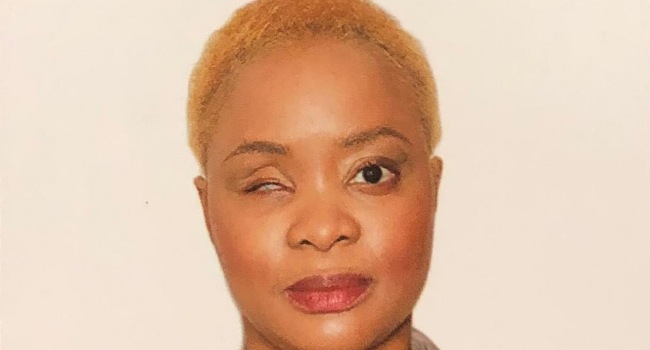 Josina Machel, the daughter of Graça Machel, and Samora Machel, the first President of Mozambique has appealed the judgement that acquitted her abusive partner who made her go blind, five years ago.

Josina, who is also the stepdaughter to late freedom fighter, Nelson Mandela, on Tuesday made the bold move to appeal the Mozambican Superior Court of Appeals’ judgement, which reversed an earlier conviction of her former partner, Rufino Licuco, who had confessed to violently assaulting and leaving her blind in one eye.

Speaking after filing her appeal, Josina said; “I had placed my trust in the Mozambican justice system, for 5 years, waiting for justice to turn its blind eyes to my gender and convict this man of the crime he has already confessed to. Yet, along with all the women who have joined me in waiting through the years, I have been let down once again.

“Let me state unequivocally that I do not accept this judgment overturning Rofino Licuco’s conviction for domestic violence and completely acquitting him. This is not only a let-down for me, but it is creating a dangerous precedent for all women seeking to get legal retribution against those who violate them”.

Josina says this has strengthened and empowered her to continue the battle for justice, truth, and dignity, not only for herself but for all women. She’s calling for #Justice4Josina and #Justice4AllWomxn.

“The judgement will not set the dangerous precedent that my aggressor and his institutional enablers intend to play out a situation all too familiar for women across the African continent. We are going to fight this. There must justice for all women. By demanding that I provide eyewitnesses to a crime that left me blind in one eye, the court has strengthened my resolve to look out for all other women around me,” she added.

A protracted legal battle saw her former partner, Licuco being convicted in February 2017 and eventually being jailed for three months in the same year for a crime he committed in the year 2015.

This came months after concerned authorities in Mozambique launched an investigation into no fewer than 64 dead bodies found in a shipping container on the back of a lorry that had crossed into the country from Malawi.

According to Tete provincial director of health, Carla Mosse, the dead bodies were found when immigration service stopped the shipping container truck in the town of Moatize.

Mosse said that when officials inspected the vehicle, 14 people were found alive noting further that it is suspected that the dead, thought to be Ethiopian, suffocated during the journey.

Kanye West backs out of US presidential poll