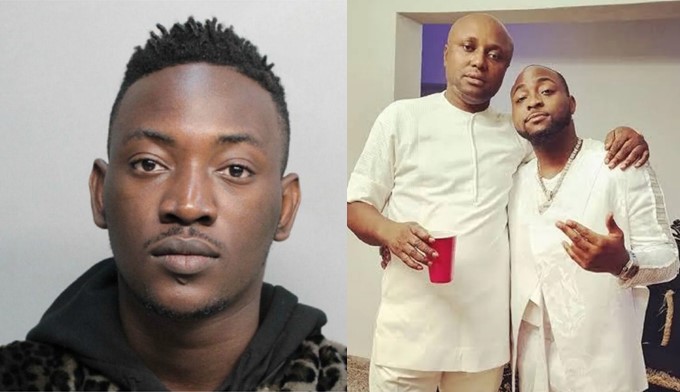 Krane had in a series of tweets on his Twitter handle last week alleged that Davido failed to pay him money for his contribution to a 2017 single titled: “Pere.”

Krane revealed that he had reached out to the singer on the matter but he didn’t get a response.

He wrote: “My blood @davido run the check.

“ I don reach out to people over the years based on split sheet & outstanding.

“No response, we no gats dey get thus convo here.”

In a new post, Krane released an official portrait of 30BG as he renamed the group as 30 broke gang.

The singer, who used Davido’s favorite slogan, accused him of cheating others.

On his part, Israel questioned how Davido can be indebted to Dammy, when he spent thousands of dollars a few years ago to free him from the United States prison.

“Oga his owing you money? How na? Someone who spent thousands of dollars to make sure you were free? When you got hooked in US ooh? Hmmmm,” he stated.