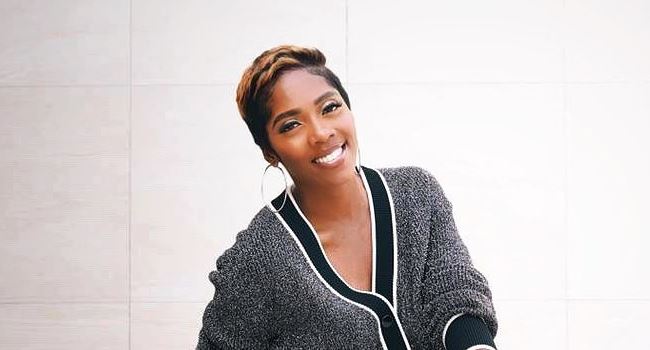 Publisher and Chief Executive Officer, Ovation Media Group, Chief Dele Momodu has stated why he may never ever reconsider contesting to become the president of the Federal Republic of Nigeria.

The former presidential candidate of the National Conscience Party (NCP) in the 2011 elections said in an interview that he does not have the capacity for many things that politicians go through to win such elections.

He said that unless the offer comes in a silver platter, he will not consider running for president again, arguing that it is what candidates go through before they emerge winner of elections that makes it difficult for them to perform when they eventually get into office.

Dele Momodu said, “The answer is no. Never! I know what it entails and I don’t have it. I have the capacity to run any country effectively but I lack the capacity to go through what you would need to go through to get there, unless they come and offer me on a silver platter in my house and that would be practically impossible.

Nollywood actress, Lillian Afegbai is currently not in a good state at the moment after revealing that her 80-year-old father, Mr Adams Afegbai, was severely burnt on his farm in the Owan East Local Government Area of Edo State, recently.

We gather that the incident which happened when Mr Adams went to his farm and was trying to burn some pieces of wood, affected Lillian’s mother’s health with the actress stressing that she fears her father’s skin might not return to what it used to be.

While recounting the incident, Afegbai said, “My dad is 80 years old, he is a retired police officer, politician and he owns a farm. When the COVID -19 pandemic started, he felt it was going to be safe for him to be in his village for a while. He is a very hard-working man and likes to do things by himself even when he has people around to help out.

“On this sad day, he went to his farm and was trying to burn some pieces of stuff. Unfortunately, his clothes caught fire and it burnt him. The fire peeled off the skin on his back, hands and some other parts. It is so bad that I cannot post his photos because it is a very bad sight. It was not a minor burn,” she added.

The founder and president of LoveWorld Incorporated, also known as Christ Embassy, has caused a stir on social media after using the almighty formula to calculate the likely date that the world will come to an end.

The 23-year-old plays the lead female character ‘Moremi Oluwa’- a fun-loving 21-year-old student alongside other A-list actors of diverse nationalities in the movie written by Afolayan’s long-standing business partner.

Reacting to his daughter’s Nollywood debut, Femi took to Twitter to celebrate Temi’s debut on screen; “Temi Otedola is playing the role of a character called Moremi Oluwa in the movie. My daughter @TemiOtedola starring as Moremi Oluwa in ‘Citation’ (about sexual harassment) – Kunle Afolayan’s upcoming feature film… This movie is sure to be the best ever that has come out of Nigeria… Papa is proud of you. . . F.Ote$”, the oil magnate wrote.

After a very long absence from the ever competitive music scene, the sensational singing duo of Bracket have both made a big return to the delight of music fans with a brand new single.

Celebrity Gist can confirm that the new single by the ‘Yori Yori’ crooners titled ‘African Woman’ is a follow-up to ‘Ebenebe’, which incidentally was their last song released in the year 2019.

Further report reveals that the track produced by Emmyz Beats, and which was mixed and mastered by Jay Stunts details the quality of an average African woman tagging her as a beautiful, confident, and amazing mother.

Former Supreme Mavin Dynasty (SMD) first lady, Tiwa Savage who now has a record deal with Universal Music Group and its other affiliates, Motown Records has got a rave review for her fourth studio album titled; “Celia,” released in Aug. 28.

Ever since the release of the album, Tiwa Savage has been courting an audience beyond Nigeria with her latest record, thus, the reckoning by Jon Parelese, a musician and The New York Times chief pop music critic since 1988, in a recent New York Times’ piece said that, “for a singer and songwriter just making her American album debut, Tiwa Savage is wildly overqualified.”

“Celia,” released Aug. 28, is actually her fourth full-length album in Nigeria, where she was born and has been hailed in recent years as the “Queen of Afrobeats,” with the West African pop finding its way to a growing worldwide audience.

Parelese notes further that the 13-track; “Celia” is an album of sleekly-insinuating Afrobeats grooves that carry love songs and understated but purposeful messages of empowerment. The lyrics switch between English and Yoruba, as Savage glides through her melodies, rarely raising her airy, unflappable voice.”